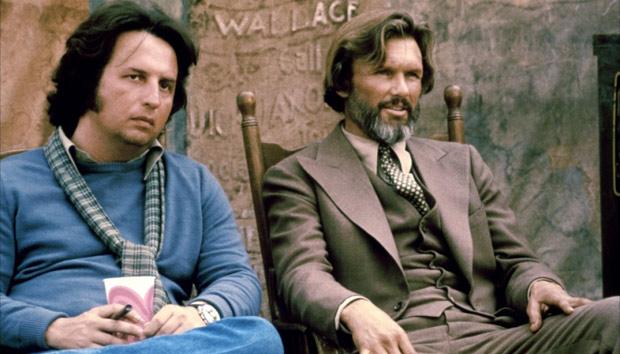 With the news of Michael Cimino death came many expressions of love for an oeuvre that hadn’t been well-regarded, at least on any large scale, since the late ’70s. For many, Cimino’s output — and, well, all of New Hollywood — ends with Heaven’s Gate, a financial and critical debacle so large that, by now, you’re likely to know the basic story, including the fact that its helmer, just recently crowned a studio system darling, was so battered as to never again achieve remotely the same levels of success.

Much of this was documented in Steven Bach‘s 1999 book Final Cut: The Making and Unmaking of Heaven’s Gate, which was made into a documentary that filtered all this information through the primary magic of movies: not having to read. Narrated by Willem Dafoe (who made a very early appearance in Heaven’s Gate — not that you’d be expected to notice him), it provides ample historical context for the how and why of Cimino’s importance, thus setting up a greater effect for the many crazy things that went into making this movie. Whether or not they signal genius or idiocy is up to you — not unlike how Heaven’s Gate might be considered a Rorschach test for a large portion of American cinema. One thing is for certain: you’ll come away dumbstruck at what went into making what, ultimately, is just a movie.

Check out the full documentary below with a hat tip to Ray Pride. Note that the first video has to be watched on YouTube, but the rest are embeddable.