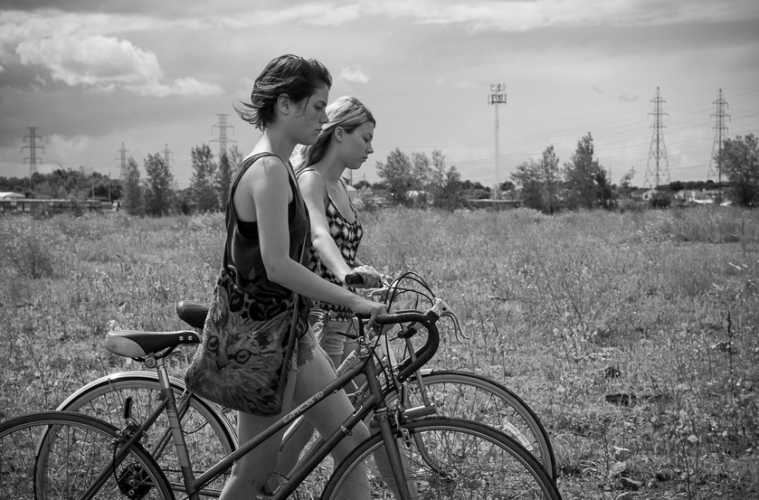 While it might make just a few dollars less than Avengers: Age of Ultron, today we have a new look a must-see summer film that should be on your radar. After premiering at Cannes Film Festival last year in the Directors Fortnight sidebar, Tu dors Nicole will be arriving in a few short weeks. Coming from Stéphane Lafleur, the Québécois comedy follows a character named Nicole during one long hot summer and today the U.S. trailer has dropped thanks to Kino Lorber.

We said in our review, “It’s perhaps possible that the whimsical nature of Tu dors Nicole would be rather unbearable in the form of an American studio comedy, the kind that fills the alt-programming summer slate of Fox Searchlight. On paper, the film suggests something rather slight: Nicole spends her post-college summer at her parents’ house while they fly away on vacation. She works at a local donation store, fights with her punk-rock brother, and spends afternoons wasting away with her best friend. But under the direction of Stéphane Lafleur, this Québécois comedy takes on an air of wondrous restlessness in its minor ambitions.”

Nicole enjoys a peaceful summer with her best friend Véronique until their plans take an unexpected turn. When Nicole’s older brother shows up with his band to record an album, the bond between the two best friends is put to the test.