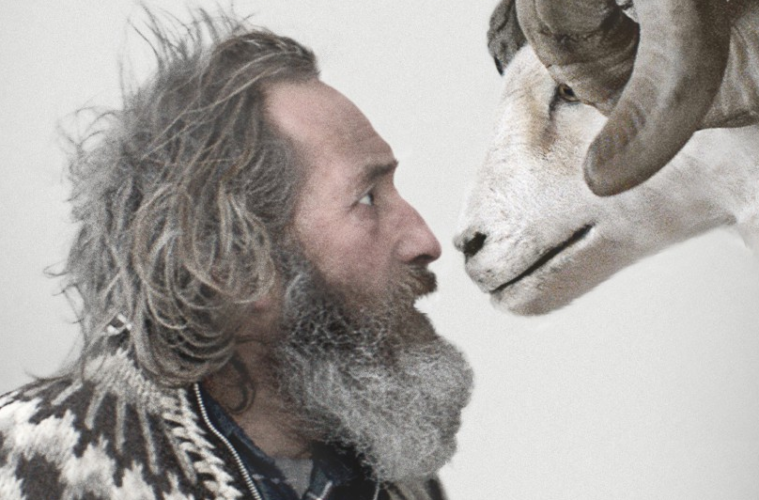 Grímur Hákonarson’s Rams has been rounding the festival circuit this past year, making stops at Berlin, TIFF, and even picking up Un Certain Regard at this year’s Cannes (we even reviewed it quite positively out of the festival). There’s previously been an international trailer, but today, we have a U.S. trailer that gives the best sense of both the story and the overall sensibility.

Recently announced as the Best Foreign Language Film Oscar submission from Iceland, Rams is the story of two estranged brothers and sheep farmers (it’s been four decades since they’ve even spoke to each other) living in an isolated Icelandic village, who grudgingly band together in the face of a sheep-killing epidemic. The rapidly spreading disease soon attracts the watchful eye of the government, who demand that the brothers’ sheep be killed to stamp out the possibility of further infection.

Despite the high-stakes narrative framing though, the trailer seems to care far more about the deadpan loathing between the two brothers and scenes of quiet contemplation set against Iceland’s vast valleys. That’s partly to be expected though given the stunning scenery. The two brothers, Kiddi (Theodór Júlíusson), and Gummi (Sigur∂ur Sigurjónsson), are formidable figures, but they’re dwarfed by the expansiveness of the compositions.

Reviews have observed this sense of space as well. In our review, we made particular note of this sense of bucolic existentialism writing, “Watching Gummi live his everyday life, tending to his flock, eating a simple lamb stew, making himself a Christmas dinner is strangely fascinating. These scenes make the movie feel intimate and manage to normalize a seemingly extraordinary rustic and almost hermit-like existence.”

That’s not to say that this looks totally serene. This new trailer ends in a flurry of images that recall the abrupt absurdist violence of the Coen brothers, while stray shots hint at a deliciously dark sense of schadenfreude. Check out the trailer and poster below.

In a secluded valley in Iceland, Gummi and Kiddi live side by side, tending to their sheep. Their ancestral sheep-stock is considered one of the country’s best, and the two brothers are repeatedly awarded for their prized rams who carry an ancient lineage. Although they share the land and a way of life, Gummi and Kiddi have not spoken to each other in four decades. When a lethal disease suddenly infects Kiddi’s sheep, the entire valley comes under threat. As the authorities close in, the brothers will need to come together to save the special breed passed down for generations, and themselves, from extinction.