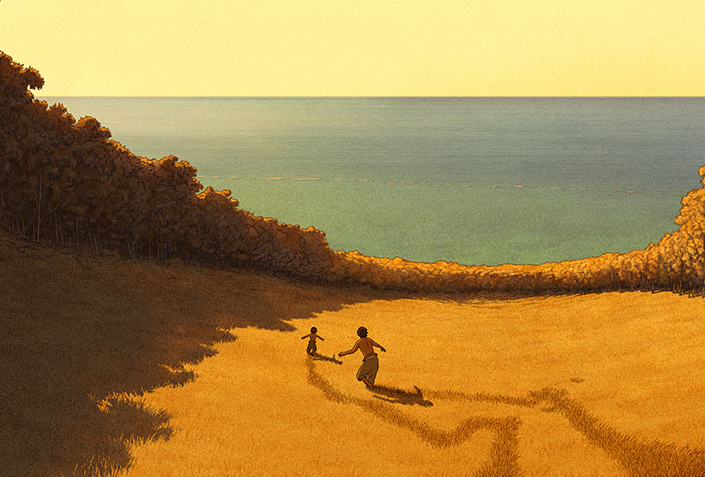 While Finding Dory, Zootopia, The Secret Life of Pets, and Moana will likely be the box-office champs when it comes to animation this year, there’s some wonderful output on the non-studio side. Following The Little Prince and Kubo and the Two Strings, our next most-anticipated offering is The Red Turtle. Co-produced by Studio Ghibli and directed by Michaël Dudok de Wit, it follows a marooned sailor on a desert island who desperately tries to escape until, one day, he encounters a strange turtle that will change his life.

We said in our review from Cannes, “Motion, love for the Gaia, and lush orchestral music provide the backbone of Michaël Dudok de Wit’s The Red Turtle, a dialogue-free, feature-length animation about a man stranded on a desert island, co-produced by the legendary Studio Ghibli, their first-ever such production to be made off Japanese soil.”

Ahead of a January release (and likely Oscar-qualifying run this year), check out the first U.S. trailer below. Speaking of Studio Ghibli, check out a fun video which imagines Zelda as one of their animations.

Through the story of a man shipwrecked on a tropical island inhabited by turtles, crabs and birds, The Red Turtle recounts the milestones in the life of a human being.