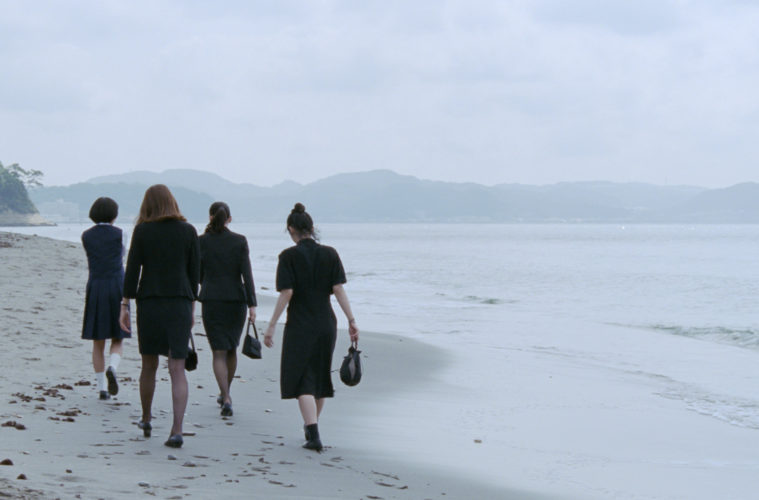 It is with a bit of embarrassment that I admit, amid Cannes’ overwhelming shuffle and hullabaloo, I’d failed to notice a new film from Hirokazu Koreeda. I was not alone, however. While one of the few consistently fêted contemporary Japanese filmmakers offering a new picture might seem like a bigger deal, we can understand when notices were generally lukewarm, the consensus telling us this, unfortunately, is not one of his better works.

I’ll nevertheless be curious to see the film, Our Little Sister, when it arrives in the U.S. this summer — especially on the strength of a new trailer, which often brings to mind his great Nobody Knows. This, despite our own negative take from the festival, which said, “Adapted from Akimi Yoshida’s highly successful manga Umimachi Diary, Our Little Sister is once again an examination of the dynamics amongst the members of a damaged family. In attempting to tackle four protagonists, however, Kore-eda seems to have bitten off more than he can chew, delivering an uneven and ultimately superficial story of emotional maturation.”

“Our Little Sister,” directed by internationally acclaimed director Hirozaku Kore-eda, is adapted from Yoshida Akimi’s best-selling graphic novel “Umimachi Diary.” Three twenty-something sisters—Sachi, Yoshino and Chika—live together in a large old house in the seaside town of Kamakura. When they learn of their estranged father’s death, they decide to travel to the countryside for his funeral. There they meet their shy teenage half-sister Suzu for the first time and, bonding quickly, invite her to live with them. Suzu eagerly agrees, and begins a new life with her older sisters.

Our Little Sister will enter a limited release on July 8.