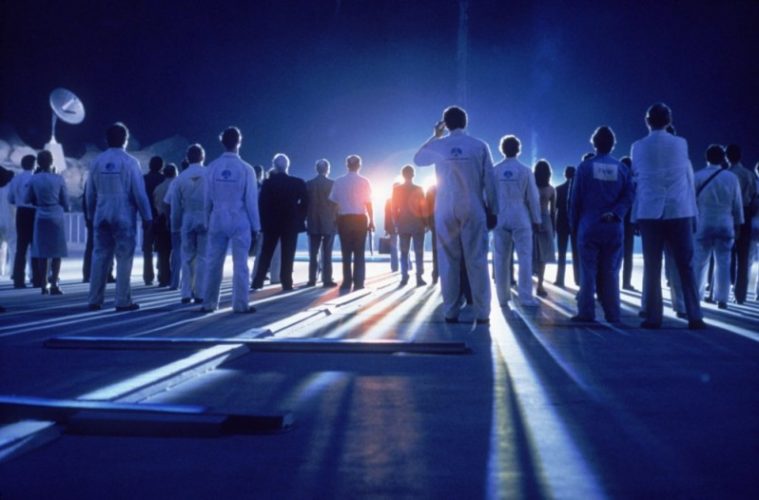 Released just 15 years apart, Lawrence of Arabia and Close Encounters of the Third Kind don’t have a great deal in common, thematically-speaking, but as far as epic theatrical experiences go, they are both one-of-a-kind. Each have recently undergone restorations for re-releases and now a pair of trailers have arrived to preview these new editions.

First up, Park Circus is distributing a new 70mm restoration of David Lean’s epic and this new trailer makes the classic look better than ever. If you’re in NYC, it’ll screen at the Museum of Moving Image in August and keep your eyes peeled for more dates throughout the country.

Next up, we have a new trailer to celebrate the 40th anniversary of Steven Spielberg’s sci-fi classic, which has been newly restored in 4K (Director’s Cut edition) and will have a one-week theatrical run starting September 1st.

Check out both previews below, along with a new poster for Close Encounters, which we recently discussed as it relates to Midnight Special:

In Close Encounters of the Third Kind, Spielberg captures an overwhelming sense of awe-inspiring wonderment as his working-class heroes endure under extraordinary circumstances. Glowing orbs descend from the night sky and alien ships glide over our terrain with frightening speed and agility, drawing the attention of thousands all over the world. As our characters succumb to their obsession from the skies, the ever-present sounds of family life echo in the background, a reminder that, among a myriad of alien arrival movies, Close Encounters of the Third Kind is a warm and hopeful tale. “You look at (the film), go into Richard Dreyfuss’s house,” said Nichols. “There’s a kid banging on a piano, and there’s clutter and there’s life and people live there.” Refreshingly, the government agents in Spielberg’s films are not heartless bureaucrats eager to wipe out our new visitors, but open-minded dreamers hoping to catch a glimpse of a being from the stars.