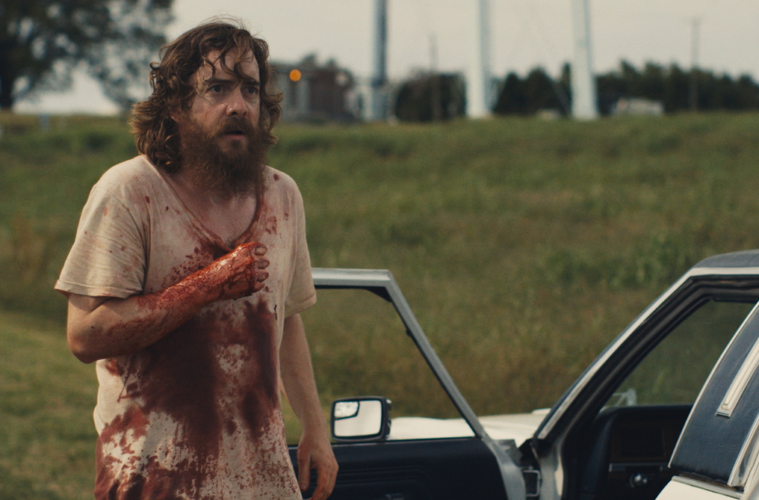 After a festival run that began in Cannes, stopped in Toronto, Chicago, AFI, and most recently, Sundance Film Festival, Jeremy Saulnier‘s revenge thriller will finally be making its way to theaters this spring. The Kickstarter-backed Blue Ruin follows a man who returns home to enact revenge and protect his estranged family. One of the best 2014 films we’ve already seen, we said in our full review, “92 minutes of taut physical activity, morbid humor, and gruesome violence, [it’s] one of the year’s leanest and most impressive killing machines.”

We added, “Saulnier begins his film with quiet, character-building chapters, but once he sets his resourceful, pleasingly narrow plot in motion, Blue Ruin becomes nothing more than a series of sharp, vicious set-pieces founded on Nash Edgerton-like bursts of violence. The film is a good example of the kind of genre treat that gets points for disposable ambition: Saulnier’s technique is so controlled, and his sequence staging so clever, that nothing else really matters.” Check out the tense trailer (via Apple) and gorgeous poster (via Dissolve) below for the film starring Macon Blair, Devin Ratray, Amy Hargreaves, Kevin Kolack and Eve Plumb.

A peaceful vagrant finds his quiet life upended by dreadful news and sets off for his childhood home to carry out an act of vengeance. Since he is only an amateur assassin, he winds up in a brutal fight to protect his estranged family. Blue Ruin opens on April 25th in both theaters and VOD.