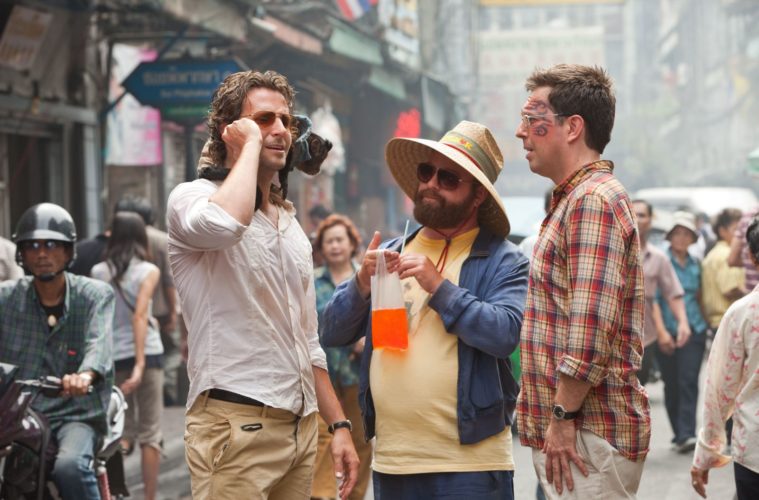 With Warner Bros’ The Dark Knight Rises set to rule this summer, the studio is now looking ahead at 2013 and have set a number of dates for some of their big tenpoles. Joining Zack Snyder‘s Man of Steel is another sequel to The Hangover, another 300 and – a breath of fresh air – an original Guillermo Del Toro film. [BOM]

First up, launching on May 24th, 2013 will be Todd Phillips‘ The Hangover Part III with the entire main cast set to return, including Mike Tyson. There is no telling what situation Bradley Cooper, Ed Helms, Zach Galifianakis and gang will get into, but it is said to be even darker and a final end to this trilogy. The film will face off with Universal’s sixth Fast and Furious film. What do you think will take the box office crown?

They’ve also set a date for the 300 follow-up, aptly titled 300: Battle Of Artemisia. Directed by Noam Murro (Smart People), the film stars Rodrigo Santoro, Eva Green, Sullivan Stapleton and Jamie Blackley, and will arrive on August 2nd, 2013. Its competition will include sequels to The Smurfs and RED. If you are like me and aching for some original content  in this post, look no further than below.

We already knew Guillermo Del Toro’s sci-fi extravangaza Pacific Rim was arriving in the summer, but WB have now pushed it from May to July 12th, possibly to get away from the Star Trek 2 and Iron Man 3 sandwhich. The film stars Charlie Hunnam, Idris Elba, Charlie Day, Rinko Kikuchi, Max Martini, Willem Dafoe, Robert Kazinsky, Clifton Collins Jr., Diego Klattenhoff and Ron Perlman and will open against Grown Ups 2. Here’s hoping it crushes it.

Which film in the WB line-up are you most looking forward to?