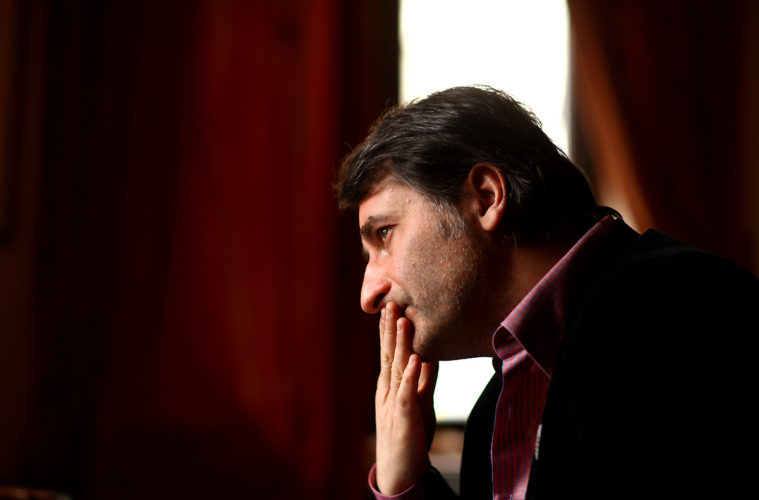 ‘The Death of Mr. Lazarescu’ Director Cristi Puiu Lines Up ‘The Manor House’ Emerging as one of Romania’s finest directors with 2005’s Cannes-winning The Death of Mr. Lazarescu, Cristi Puiu followed the drama up five years later with Aurora. Now it looks like it will take around the same time for his next feature to land. Revealed in recent bid to attain financing at Paris Project, we’ve got the first details on the director’s fourth feature.

Puiu recently completed the script for The Manor House, a drama which follows a senator and a landowner who gather with friends for a hunting party and they discuss the world, history, religion and more. As financing comes together, we await further details for the project that we could hopefully see by next year. In the meantime, one can check out an extended synopsis below:

Aurel Moiş, a Liberal senator and large landowner from Vlaşca and Romanaţi, has placed his country estate at the disposal of some friends for a hunting party. As the manor house is spacious and Moiş is a man of the world, his estate at Argeşelu is soon filled with high-society guests, boyars, officers, folk musicians, and merriment. But Moiş is not there merely to host a hunting party. There are murkier reasons for his sojourn at the manor house at that precise moment.

Among the thirty guests are law professor Iosif Moiş (Aurel’s father), a French Marquis, and a Russian General. And given that for various reasons not all the guests are inclined to join the hunt; those who remain behind at the manor house pass the time by engaging in a long discussion about death and the Antichrist, progress and morality. As the discussion gradually takes shape and the various topics are broached, each of them – the General, the Marquis, the Professor – lays out his vision of the world, history, and religion.

The hours pass, the discussion becomes more heated, the topics become more and more serious, and differences of culture and viewpoints grow increasingly apparent. Meanwhile, in the background, we glimpse the disquiet of their host, Aurel Moiş, and the mystery surrounding the messages he sends and receives all the while.

Whether for good reason or not, the guests end up exacerbating each other’s anxieties to the point that their conversation begins to be sorely strained. Finally, falling into the snare of their own discourse and believing that history never repeats itself, neither the General, nor the Marquis, nor the Professor are able to realise the extent of the event in which they have unwittingly come to be trapped.

Are you looking forward to Cristi Puiu’s next effort?