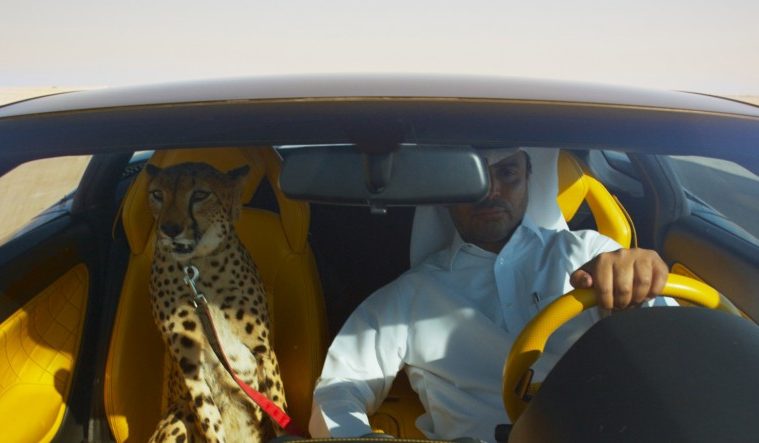 There’s no shortage of sports for the upper class, but few are as absurd as falconry, especially when it comes to wealthy Qatari sheikhs. The Challenge, a winner at last year’s Locarno International Film Festival, finds director Yuri Ancarani capturing this extracurricular activity in a surreal fashion, unfolding in visually extravagant tableau fit for a museum projection. That’s not to take away from the cinematic quality of the film, however, which is one of the more transporting experiences one can have at a theater this year.

Ahead of a release this September, the first trailer has now landed courtesy of Kino Lorber. “While The Challenge is about high-class falconry in Qatar, this holds true for any sport indulged primarily by the rich, like the British fox hunt,” we said in our review. “This is a sports documentary concerned not at all with the competition at hand, but instead with the series of idiosyncrasies and side moments that come along with the sport.”

Check out the trailer below thanks to Indiewire.

Italian visual artist Yuri Ancarani’s exquisite documentary enters the surreal world of wealthy Qatari sheikhs with a passion for amateur falconry. The opulence of this Middle Eastern gas state is on full display as the men race SUVs up and down sand dunes, fly their prized falcons around on private jets, and take their pet cheetahs out for desert spins in their souped-up Ferraris. The result is a film jaw-dropping not only for its displays of wealth, but for the pure cinematic beauty that won Ancarani the Filmmaker of the Present award at the 2016 Locarno Film Festival.

The Challenge opens on September 8 at the Film Society of Lincoln Center.