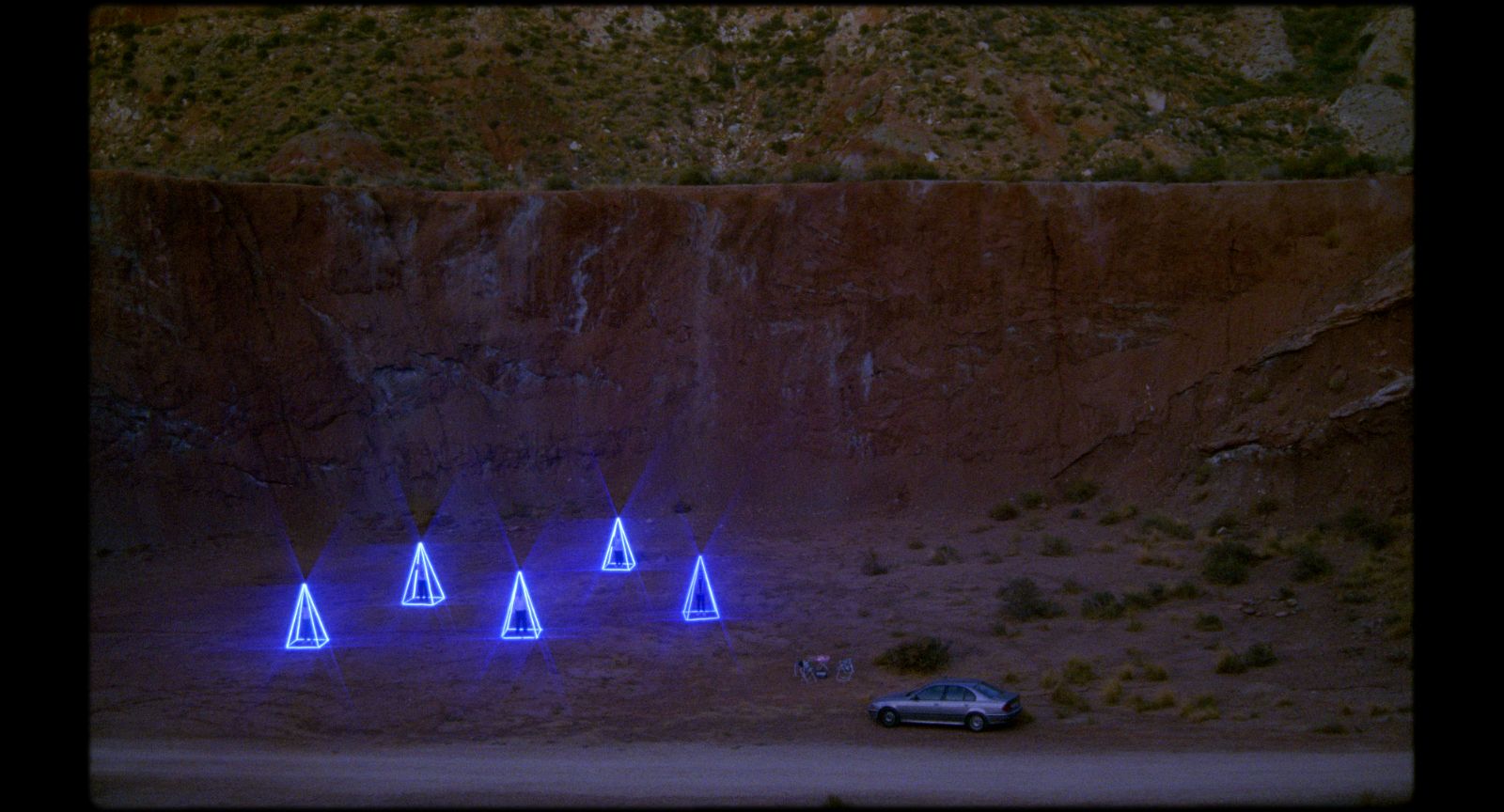 Welcome to the OVNI-Levante Ufology Association, please take a seat. It’s the 37th meeting for this band of alien-obsessed misfits from Elche, Spain, and the last to be chaired by president Julio before he’ll pass away and leave the helm to his second in command, “Cosmic Pharaoh” José Manuel (Nacho Fernández). Not exactly the best time for a cabinet reshuffling, considering the six-strong OVNI-Levante has spent the past few months (years?) gearing up for a cosmic event which, the President has promised, will change the world as we know it. The date is looming; there’s no time to lose. Is it an extraterrestrial sighting these drifters are bracing for? An invasion? And how, if at all, is the mystery related with the disappearance of José Manuel’s 10-year-old niece Vanessa, gone missing 25 days ago?

Darkly surreal, perched on the edge of comedy and drama, of social realism and the occult, Chema García Ibarra’s feature debut The Sacred Spirit is a UFO of its own: a rare, singular gem that skirts all attempts at pigeonholing and hangs in a volatile space. The film is about many things—a clan of alien enthusiasts, a tapas bar (José Manuel’s), a transnational crime syndicate, a dysfunctional family (also José Manuel’s), a missing girl—but mostly, it’s about a place, García Ibarra’s hometown of Elche, and the people stranded therein, their rituals, beliefs, and cosmogonies.

It’s a pantheon of characters hatched from some Desolation Row-type fantasia: there’s the old lady warning people of some Eastern European organ trafficking ring; a silent patron dressed as ship captain; OVNI-Levante member Andrea, who seems to belong to virtually every conspiracy posse you can think of (and then some); a preacher who calls himself a Cosmic Soul Pilot; YouTube clips and TV programs tossing wisdom like “the alien scientists who created us are scared of us;” a rival gang of lunatics prophesying the return of the Eye—whatever that may be—like silent Jehovah witnesses staring ominously at José Manuel from across the street. Do they know what’s going on here? Does anyone?

Trailing after all manners of eccentrics, The Sacred Spirit billows to life from the same surrealist terrain that spawned Ainhoa Rodríguez’s Destello Bravío, another Spain-set foray into a community of loners and the myths that bind them together. Legends, omens, prophesies; writer-director García Ibarra drenches his film in all sorts of mumbo jumbo, and the script does an excellent job at absorbing and satirizing the paranoias of our conspiracy-friendly times. I found myself chuckling throughout, courtesy of García Ibarra’s writing as much as his cast (Nacho Fernández, in particular, plays José Manuel with deadpan conviction). But all the irony is cleverly reined in by a lingering solitude. After all, what brings these UFO aficionados together isn’t a shared belief in the next extraterrestrial coming so much as an unspoken admission of their chronic, inescapable loneliness. García Ibarra relishes in poking at his loonies—and invites us to join in the fun—but the film can often feel surprisingly empathetic toward them. It’s telling that the OVNI-Levante meetings should exude a certain AA-quality; all the many random, unlikely clubs and cliques we hear of in The Sacred Spirit double as safety nets, family surrogates, spaces you cling on to for communion and meaning.

That’s what makes the film so riveting: its ability to cartwheel across moods and registers, and find a miraculous balance between tenderness and brutality. Everything in The Sacred Spirit is suffused in humor, until it isn’t, and in a final, lacerating plot twist the film ends up throwing into question everything we’ve been led to believe—and doubt—before. No point in spoiling anything here. The script parcels out enough clues for the revelation behind Julio and José Manuel’s supernatural event to sound, in hindsight, almost logical, but no less jarring. It’s a case of truth surpassing the wildest dreams, the kind of epiphany that complicates José Manuel’s portrait in some chilling, indelible ways.

What we’re left with is a space oddity, a fantasy cinematographer Ion de Sosa’s 16mm graces with a tactile beauty, turning it into an artifact no less mysterious and anachronistic than all the Ancient Egypt regalia the mise en scène is plastered with. It also features one of the best needle drops of The Cranberries’ Zombie I can recall, and a series of memorable scenes García Ibarra stashes with details that feel both lived-in and otherworldly. My favorite might well be the last: as reality catches up with José Manuel, a giant inflatable sphinx billows to life outside his flat, scored to a Native American chant The Sacred Spirit might have borrowed its title from. It’s a moment that encapsulates the film’s bewitching charms. At once supernatural and earth-bound. Playful and lacerating. Full of wonders.

The Sacred Spirit premiered at the Locarno Film Festival.