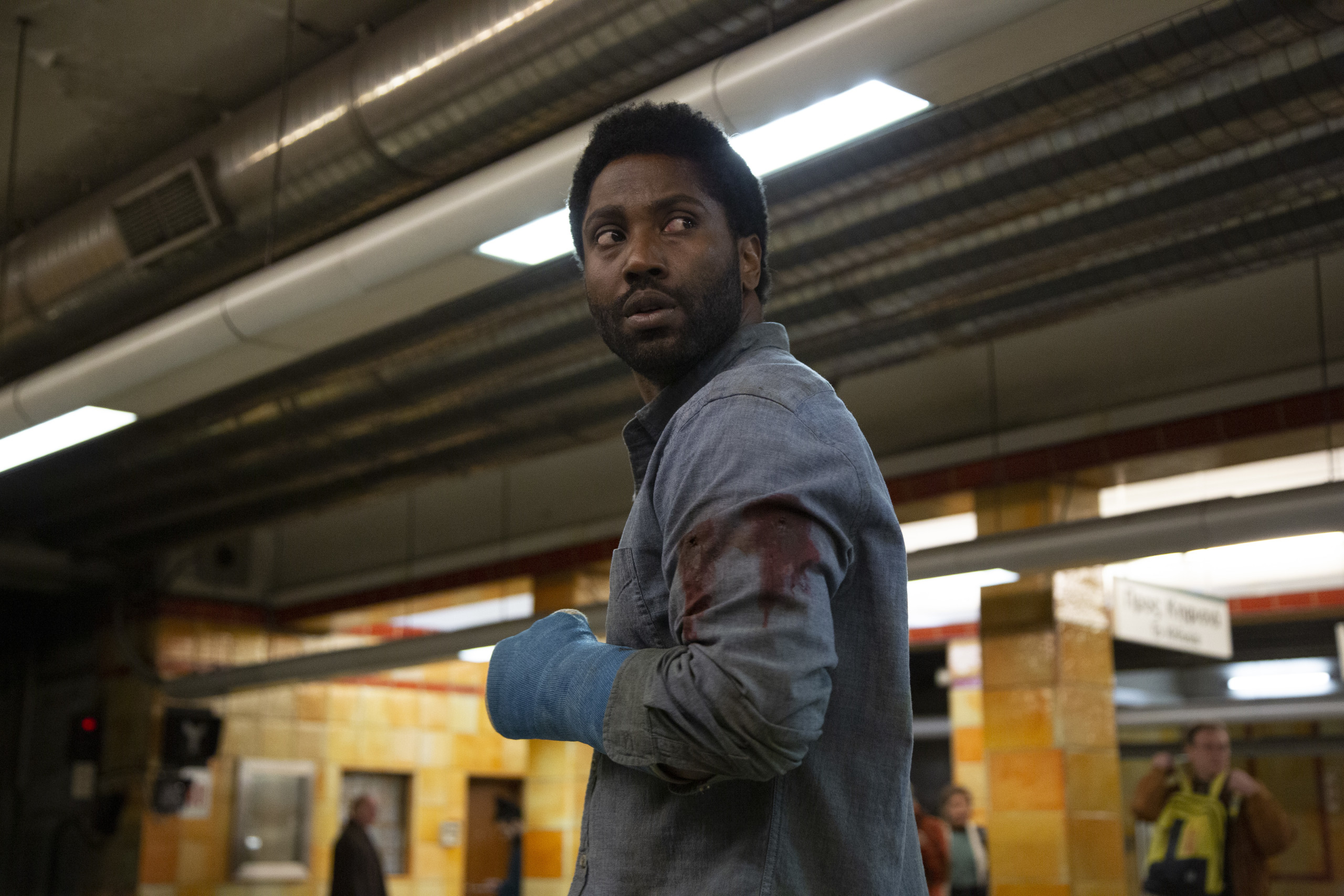 Filomarino does well in the film’s first moments, establishing Beckett as a regular guy on vacation with his wife, April (Alicia Vikander). The two are in Greece, eating at local spots, visiting the touristy monuments, and people-watching. It’s late on a road trip through the countryside when Beckett falls asleep at the wheel, crashes into a house, and starts a path he never should’ve taken. He awakens, bloodied, seeing a small child carried by a woman through the shadows, and awakens a few days later to learn April has died.

Speaking to police about the two people he saw after his crash, Beckett then traverses the roads, looking at trees that move silently with no leaves on them. The Greek countryside’s sparse landscape adds spiritual angst, like a dream from which you cannot awake. Coupled with the minimalist horns, percussion, and strings score by Ryuichi Sakamoto (!), its atmosphere is one of off-balance and confusion, per Beckett. There is something greater awaiting him, but at this point he knows not what it is. Soon enough cops and a mysterious henchwoman open fire and set him on the run.

But the fault of the film is this very premise—it’s hard to escape such a winning but inevitable man-on-the-run formula. Its setup is elevated, even after it goes from one close call to another, by the dream logic Filomarino instills in the minutiae of his story’s moving parts and John David Washington’s full-bodied performance. What makes Washington such a perfect action star is his athleticism—even with all the injuries, scrapes, and wounds, he’s believable as a man possessed, jumping from cliffs and cars to save his life. Wearing those emotional and physical scars he puts everything into his work in a way only a former NFL prospect could, cutting through frames as if going to war.

Beckett’s script is less interested in the fear that fuels a conspiracy-centric story akin to The Parallax View, even as it starts foregrounding an assassination plot—those dark corners where America’s geopolitical plans intersect with instilling new leaders. Beckett starts to learn more when he comes across Lena—played by Vicky Kreips with the same kind of love and motherly warmth she brings to Old—an activist who’s first to finally believe the unlikely circumstances in which Beckett finds himself. She agrees to escort him to an American embassy in Athens after revealing to him the boy he saw was kidnapped from a major left-wing figure.

We move further into the psyche of Beckett as he plunges deeper into the violence surrounding him. He unlocks an animalistic side contra the regular-guy tropes of his initial makeup. His journey no longer becomes about survival but an unspoken duty to figuring out the mystery and freeing this boy as if it’s his only purpose. He goes from broken lamb on the run to a full-bodied wolf willing to impose violence on those in front of him, even in certain scenes (e.g. one involving a pipe) where it feels unnecessary. Beckett has been pushed to his instinctual limits.

Beckett has an ethereal, disembodied quality that Roman Polanski’s Frantic possessed, an extremely effective trait for a film that could’ve ruminated on formulaic conspiracy plotting. It delves far deeper into the experiential nature of strangers on foreign ground and how that, in itself, can feel out-of-body. As in Frantic, this coupling of European filmmaker and American star makes for a strange, frenetic, and ultimately memorable experience.

Beckett premiered at Locarno Film Festival and arrives on Netflix on August 13.