Locarno Review: Zeros and Ones Finds Abel Ferrara Channeling the Fury of His Early Work 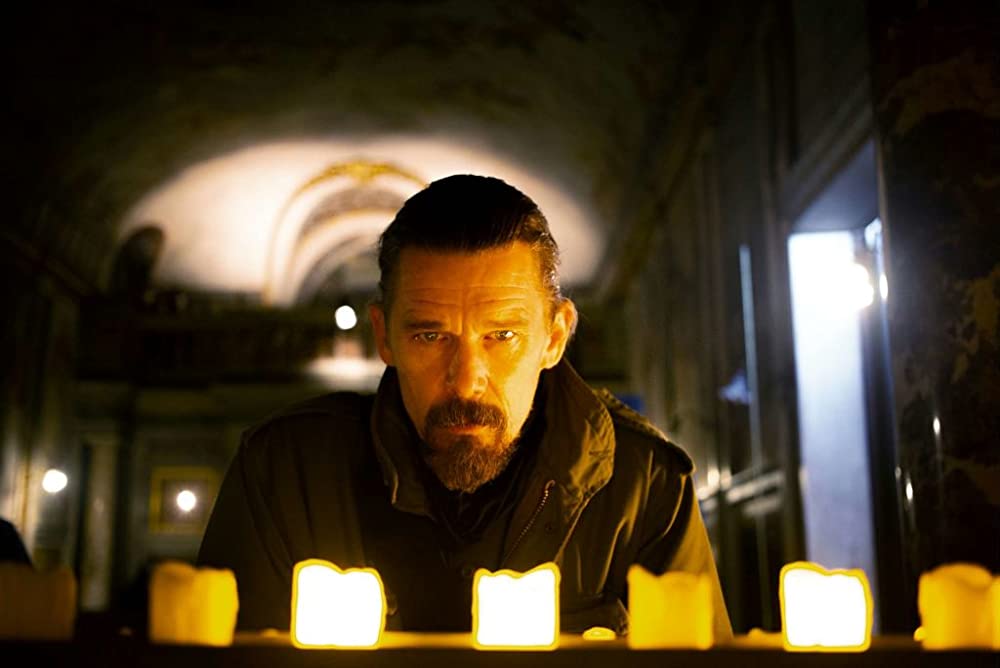 The city of Rome certainly means something to Abel Ferrara. A new home after being priced-out and disgusted by the “new” New York, it’s served in recent films as both a liberating and confining environment for tortured artists. Yet in his latest film, Zeros and Ones, we’re plunged into a land outside whatever Ferrara’s probably even imagined. Beyond just the grainy, handheld photography provided by Alex Ross Perry and Safdie Brothers veteran Sean Price Williams, drones map out the vacant night, providing glimpses of its extreme 2020 lockdown—a city symphony of the world’s deadest metropolis.

Yet even with the eerily deserted streets, virtually every onscreen character wearing a mask, and hand sanitizer being dispensed throughout, COVID-19 is never directly mentioned in Zeros and Ones. As future films likely dart away from the pandemic, overlooking the rich dramatic potential of what it meant to live through riots, catastrophic climate change, and a virus at the same time, Ferrara stares it straight in the face––if in his own confounding fashion.

At barely feature-length it’s somewhat a wisp of a film, but to good ends, as if the crazed artist at its helm isn’t even totally stopping to think, and like one of his greatest works, New Rose Hotel, channeling the fury of his early art into a different form of aggression. Realizing the current moment as a blur, or rather an incomprehensible stream of data (hence the title), it comes close to what you’d imagine if Ferrara’s friend Michael Mann were working on a paltry budget and allowed to see his macho abstraction to its fullest.

Our alpha action hero being JJ (Ethan Hawke), an anonymous soldier and photographer stationed in Rome amidst an incoherent conflict involving America, Italy, and Russia. His conscience is seemingly awakened when, in an underground contraband video compound and brothel (yes), he finds captured footage of his revolutionary brother Justin (Hawke again) being interrogated by the seemingly fascist forces he works for. From here he finds himself entangled in what seems to be––and I say that after two viewings––a treasonous plot involving the Russian enemy and the bombing of St. Peter’s Basilica. It’s beyond a cliche to say “war is hell,” so it feels fresh to observe “what exactly the hell is war?”

Despite any narrative confusion at hand, Zeros and Ones finds a through line in continuing the intense introspection of Ferrara’s previous features Tommaso and Siberia. For centering on two brothers it represents Ferrara’s own schism in himself—one a photographer who winds up an assistant to fascism, the other a radical Marxist beaten down by the system. A particular night-vision POV shot of waterboarding torture encapsulates Ferrara’s long-standing “art as exploitation” moralism. After being complicit in so much, can one find salvation as their time on earth—and hell, that of society itself—is ticking away?

For all the dourness at hand it’s easy to be disarmed by the abrupt optimism at film’s end, concluding on an image of societal bliss involving Ferrara’s own young daughter. But as the final puzzle piece in an unclassifiable project, there’s the lingering feeling that it makes it ultimately stronger, that the man is reaching peace with himself. Long live Abel!

Zeroes and Ones premiered at the Locarno Film Festival and arrives from Lionsgate in November.