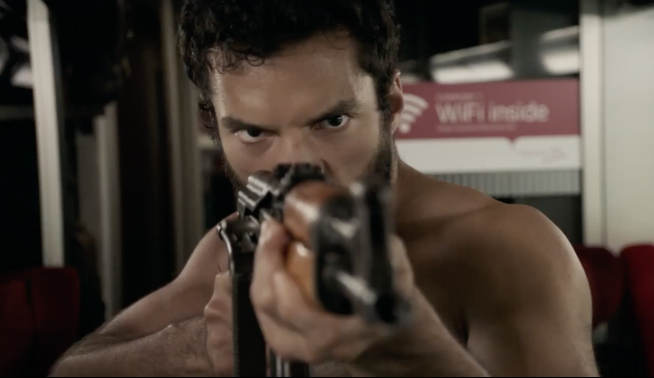 ‘The 15:17 to Paris’ Trailer: Clint Eastwood Tells Another Tale of Real-Life Heroism

Completing his unofficial trilogy of American heroism after Sully and American Sniper, Clint Eastwood’s latest film recreates the 2015 event in which Anthony Sadler, Alek Skarlatos, Spencer Stone, and Jeffrey E. Stern were on the #9364 train from Brussels to Paris when an ISIS terrorist boarded with an AK-47, a pistol, a box cutter, and enough ammunition to kill all 500 people on board. The three American friends took it upon themselves to charge the gunman and stop him. The 15:17 to Paris, arriving in February actually stars the three men, playing themselves, and today the first trailer has arrived.

“I looked at a lot of very good actors who could possibly have done the job. But I kept looking at the faces of these young men — “boys,” I call them,” Eastwood tells EW. “I thought these faces were unique. It just struck me that it would be an interesting experiment. It could be bold or reckless, depending on how it comes out. [Laughs] Anyway, they were enthusiastic about trying it, so we went with them, and I think people will be a little surprised. But as we got going, I started looking at other people who were involved. I thought, I wonder if they’d all like to come back? One thing led to another.”

In the early evening of August 21, 2015, the world watched in stunned silence as the media reported a thwarted terrorist attack on Thalys train #9364 bound for Paris—an attempt prevented by three courageous young Americans traveling through Europe. The film follows the course of the friends’ lives, from the struggles of childhood through finding their footing in life, to the series of unlikely events leading up to the attack. Throughout the harrowing ordeal, their friendship never wavers, making it their greatest weapon and allowing them to save the lives of the more than 500 passengers on board.