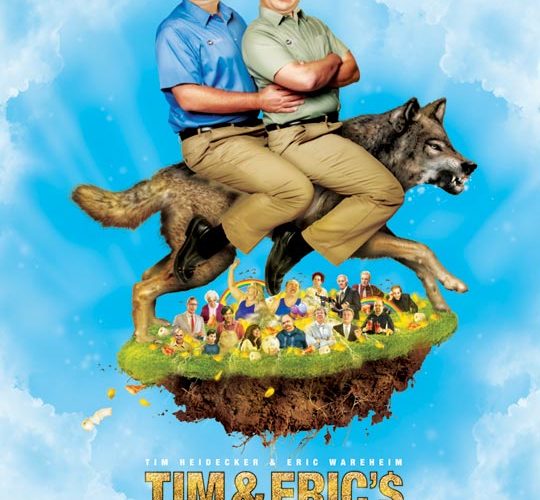 If you aren’t laughing within the first minutes of Tim and Eric’s Billion Dollar Movie, then it is simply not for you. As someone whose only previous attachment to the duo was last year’s Sundance short The Terrys, Tim Heidecker and Eric Wareheim have created a genius work of surrealist, inane art. Despite some minor lulls when it goes too over-the-top, the consistent laughter derived from this had my jaw aching. After a series of false starts kicking off with Chef Goldblum (Jeff Gold…well, you know) introducing a product to redefine movie watching, then a handful of movie logos that lead into a glitzy, diamond-filled film starring a Johnny Depp lookalike, we learn the duo blew $1 billion to make this three-minute movie. Needing to recoup their losses, they see a perfect match on TV: an ad for Will Ferrell‘s S’wallow Valley Mall, offering $1 billion for two people to repair the dilapidated outlet.

Expanding plot specifics beyond that would only ruin the fun, but with their bizarre, finely-tuned editing techniques featuring blank reactions, repeated phrases and more, one can tell an extensive amount of work was to put into this stupidity. And I mean that with the highest praise possible. This is a nearly non-stop barrage of pure comedic insanity. Perhaps the biggest feat is that they didn’t wear out their welcome switching to the big-screen format.

With the film hitting VOD, don’t buy it and curl up by yourself to watch. Get as many friends as possible and you are bound to have one of the most hysterical nights of your life. Our own Dan Mecca and I recorded our brief thoughts on the film and can be seen below.