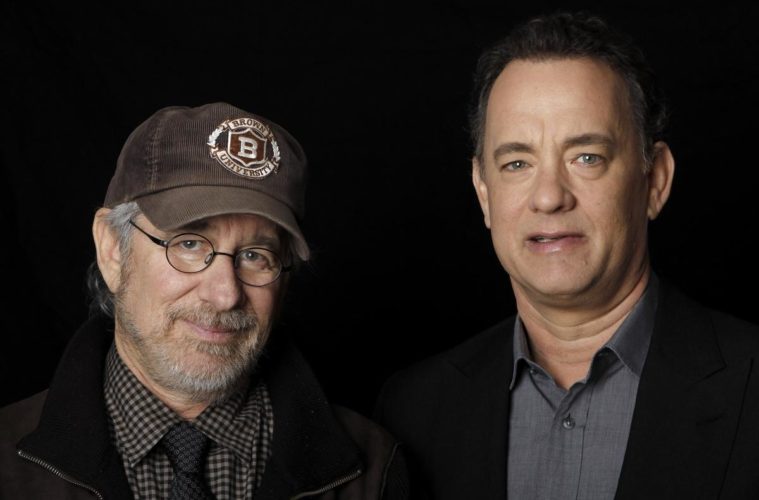 After coming off the successful Lincoln, Steven Spielberg had many options on his plate for what to do next and now we have firm confirmation on what his upcoming few years will look like, thanks to the arrival of release dates. First up, he’ll direct the untitled Cold War thriller starring Tom Hanks, with scripting help from the Coens, as a release date has been set for October 16th, 2015.

Originally scripted by Matt Charman (Suite française), the picture spins a based-on-true-facts yarn revolving around James Donovan, an American attorney who, in the early ’60s, become an integral part of the Cold War when asked by the CIA to cross the Berlin Wall for the rescue of imprisoned U2 pilot Gary Powers. As Spielberg is known to do, he’ll also concurrently be working on an adaptation of the Roald Dahl-penned children’s novel, The BFG, first announced this spring.

Heading back to fantasy territory it follows a young girl, Sophie, who guides the Queen of England and the BFG, a big, friendly giant, to stop Bloodbottlers, the big and unfriendly sort, from eating children. Coming from E.T. scribe Melissa Mathison, DreamWorks have announced it’ll open less than a year after his Cold War thriller, on July 1st, 2016. It’s certainly nice to know when we can expect the next projects from the talented director and in the meantime, one’s time would be wisely spent brushing up on his cinematography techniques.

Which forthcoming Spielberg project are you most looking forward to?