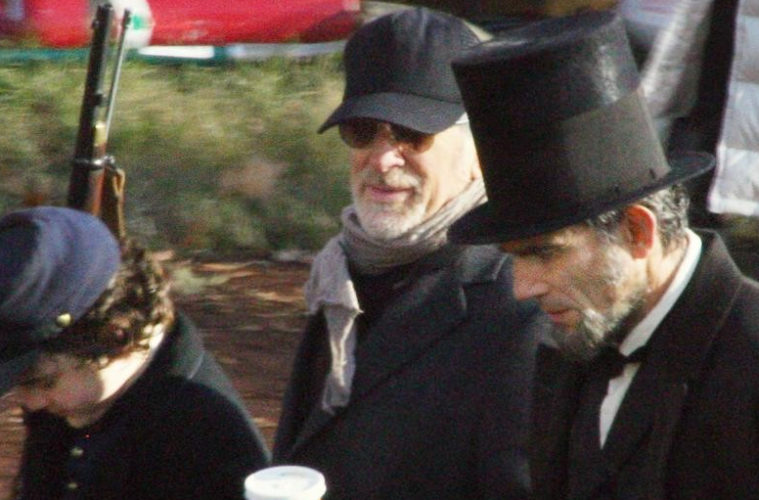 One of the major question marks of this year’s fall slate was Steven Spielberg‘s Abraham Lincoln biopic, aptly titled Lincoln. Shot last fall, we got a few peeks of Daniel Day-Lewis as our 16th President, but word has been quiet on when we’ll actually get to see the film. With Abraham Lincoln: Vampire Hunter out of the way, leaving very little impact, Disney and DreamWorks have now set a November 9th, 2012 limited release for the film, before expanding wide on November 16th.

This is earlier than last year’s Spielberg double hitters of War Horse and The Adventures of Tintin arrived in the states, a move perhaps exuding more confidence amidst the strong awards season. But like last year, I doubt we’ll see this one getting a premiere on the fall film festival circuit, as producers previously revealed they want to steer clear of the current presidential election. In its initial limited run, it will go up against Joe Wright‘s period drama Anna Karenina and the next James Bond film, Skyfall. It will then face The Twilight Saga: Breaking Dawn – Part 2 in smart counter-programming in wide release, along with a limited bow from the Cannes hit Rust and Bone.

Are you looking forward to seeing Lincoln later this year?