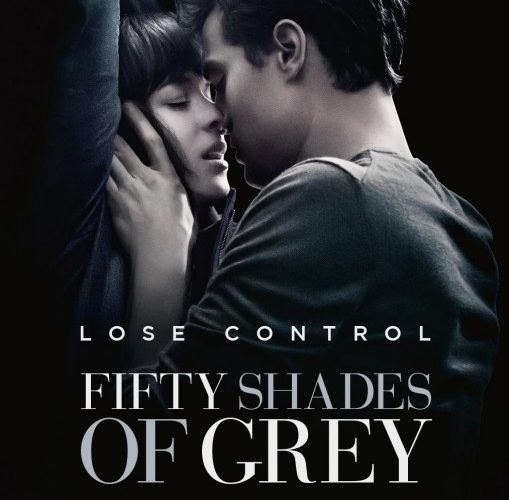 Author E.L. James should be ecstatic that the crazy fervor surrounding her trilogy of BD/SM propelled it towards a movie deal because now artists more qualified to bring her kinkiness to life can get their hands on it. I’m not saying she’s a bad writer—I’ll let the myriad commenters on the interwebs too haughty to accept someone who turned a pornographic Twilight fan-fiction into a worldwide bestseller do that. Talent aside, James hit the jackpot. She touched a raw nerve in female readers desperate for an injection of unbridled sex no matter what adjective for penis was used. Now, with Fifty Shades of Grey the film, her faults can be improved.

Perhaps that’s the point? If so, kudos to all involved. However, as someone going in to judge the movie plain and simple, there’s not much below the surface. Is it supposed to be about a virgin college graduate’s sexual awakening? Is it perhaps a manifestation of a female fantasy to fix a broken puppy of a man, in this case a Rottweiler taking control merely because no one ever questions him? Either way it’s a warped, disturbingly abusive adult fairy tale from start to finish with plastic people dressing the background, a billionaire prince offering a hand, and a shy, hopeful everywoman yearning for happily ever after. Rather than have to overcome an outside evil blocking her way, this Disney princess’s sexual prize doubles as her romantic villain.

There’s this whole “will they, won’t they” aspect at the heart of the hedonism where she wants love and he explains it isn’t in his vocabulary. But every time she pulls away he covets more, breaking his own rules to be with the girl unknowingly seeking to be his dominant when the contract on the table is for the exact opposite. There’s of course a tragic backstory as to why this cardboard Ken doll has such a frozen heart in his chest, one with details to explain his being aroused by Ana’s teasing. She only has to bite her lip to trigger a Pavlovian response in his libido. And despite her giggling at the silliness of everything she’s being exposed to, you can’t help wondering whether she’s been in control from the start.

With silly, there’s no better word to describe the whole endeavor. From my brain wanting to project Twilight onto the action—with Victor Rasuk‘s José standing in for Jacob being the most glaring example—to the way moments that should arouse are painted as a verbal manual instead of spontaneous pleasure. This is why a movie like The Duke of Burgundy is more effective at doing the same subject matter justice. It puts us into the game without knowing who the submissive is, reversing the roles when we least expect it, and always showing the ecstasy of their labor. Fifty Shades of Grey is more worried about us understanding dynamics that its actions become clinical and precise. What should be hot is merely a construct to position Steele and Grey for their finale.

That climax is surprisingly well done. If only the series ended after one book with the final shot of the movie hanging over our heads like a long-awaited delightful release of tension, the filmmakers could have had more fun with what came before. Knowing that I’m going to get answers in subsequent installments to questions only intriguing in their ambiguity ruins the joy I experienced in the theatre-wide gasp accompanying the cut to black. What happens isn’t a surprise—Steele’s stubborn attempts at love and Grey’s constant softening demeanor throughout make the eventual endgame obvious—but it does show the expert visual precision Taylor-Johnson had over the material. Cut a good thirty or forty minutes of fat away and this could be a taut little sexcapade. Add more sex and the overblown controversy might make sense too. Presently the bloat is simply too much to endure. Why must we meet Christian’s brother and sister? Why must we spend time with Anatasia’s divorced parents when the words she speaks about them add more to their purpose than the time they’re onscreen? I bet the push and pull between Ana and Christian would be at full flight onstage in a two-person show of dominant and submissive, each encounter slowly chipping away at the other’s resolve until roles overlap. By dedicating so much to the world outside the bedroom and “Red Room”, the film often loses momentum in lieu of redundancies. We understand Ana and Christian from their first meeting. Some of the foreplay afterwards works—the “business meeting” to discuss their sexual contract is fun—but the majority proves a monotonous drone.

You know, boring like Dornan’s performance. He does an adequate job when angry and impulsive, but his line delivery under the guise of “faux nice guy” is awkward at best. Taylor-Johnson more than competently directs the proceedings, certainly more than the material deserves, but she fails at giving Christian life. I get he’s closed-off, tortured, whatever. That doesn’t mean he’s a robot. Johnson’s natural, playful counterpart only exacerbates his stiffness through her perfect mix of innocence, curiosity, and adventure. She is having fun and dare I say embracing the joke of the whole Fifty Shades hoopla: the girl next door every guy in the audience will desire clothed or unclothed, her hidden, underlying confidence stringing Christian along becomes the lynchpin holding everything together. But it’s not enough.