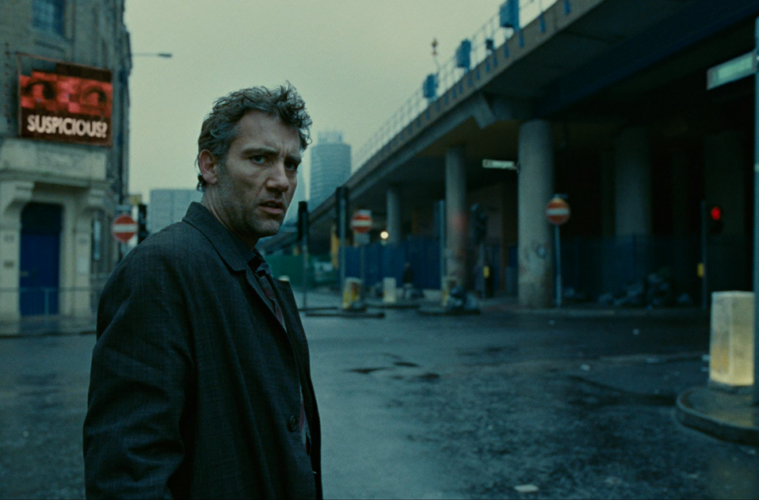 Europa Report is a low-budget thriller about a team’s journey to Europa, one of Jupiter’s moons, in search for life. Thanks to the work of Eugenio Caballero (Pan’s Labyrinth) and John Bair, who handles sets visual effects, respectively, Europa Report is able to capture a sense of wonder and adventure despite the lack of money. Sure, the surface of Europa isn’t able to be seen quite as much as we might wish, and even it appears a bit videogame-ish at times, but when we do get to see it, a well-scripted and sharply-acted sequence makes every peek at the beautiful, icy surface quiver with discovery. – Forrest C.

I Married a Witch (René Clair)

Veronica Lake casts a seductive spell as a charmingly vengeful sorceress in this supernatural screwball classic. Many centuries after cursing the male descendants of the Salem puritan who sent her to the stake, this blonde bombshell with a broomstick finds herself drawn to one of them—a prospective governor (Fredric March) about to marry a spoiled socialite (Susan Hayward). The most delightful of the films the innovative French director René Clair made in Hollywood, I Married a Witch is a comic confection bursting with playful special effects and sparkling witticisms. – Criterion.com

Xavier Dolan last hit the scene with Heartbeats, his second feature and stylish pseudo-remake of [insert Jean-Luc Godard film title] from the 1960s. Writing, directing and also starring in the project, it felt fully-realized and auteur-ish in its nature, while also paper-thin and narratively unoriginal in nearly every way. So it serves as a fresh sign of things to come that his third feature, Laurence Anyways, incorporates the style orchestrated in Heartbeats and adds to it a heart and the characters required to get that heart beating. Set in Montreal in the late 1980s, Melvil Poupaud stars as the titular Laurence, a 30-year old man who finally gets up the courage to become the person he’s always wanted to be: a woman. The news hits Frederique (Suzanne Clement), his girlfriend of two years, hard, but then she takes a breath, deciding to take on the challenge with her lover. – Dan M.

Much Ado About Nothing (Joss Whedon)

Listening to William Shakespeare on the silver screen in the guise of the modern age can be jarring, as we watch people with cell phones and electricity use the clipped and florid language of his plays. However, unlike others that go for a production that is well above and beyond the scope of Shakespeare’s intention, director Joss Whedon is taking a break from his ultra-successful foray into the major Hollywood studio system with sparse filmmaking, not far removed from a stage play. Much Ado About Nothing just has one major setting and through its monochrome style, successfully conveys a sense of timelessness. – Bill G.

See Also: [SXSW Review] Much Ado About Nothing

While it seems we get a WWII movie at least once a year, if not specifically one in the prisoner-of-war subgenre, perhaps the finest is coming to Blu-ray this week. Helmed by one of Hollywood’s greatest directors, Billy Wilder, Stalag 17 packs the sharp comedic punch one might expect, along with tense action, as we follow William Holden (who won Best Actor for his role) and his group dealing with the struggles of being POWs. With a 22-minute documentary on the making of, as well as commentary from Richard Erdman and Gil Stratton and writer Donald Bevan, makes this one a must-buy. – Jordan R.