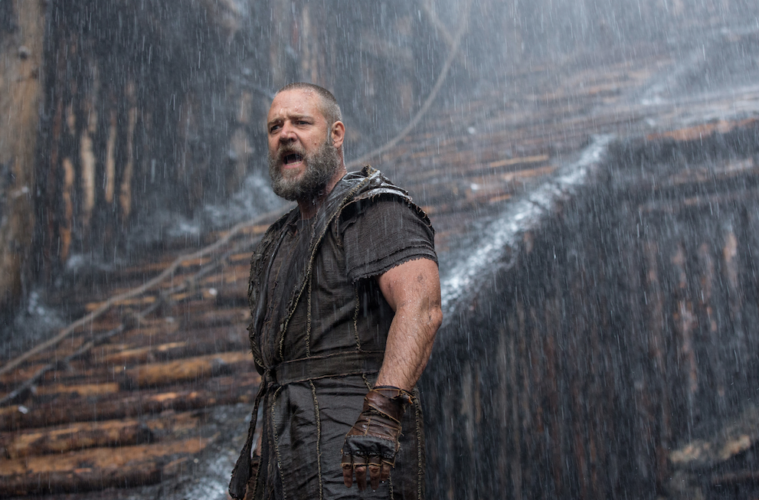 As Russell Crowe attempts to get Noah in front of the eyes of Pope Francis, the rest of us will be able to see it come March 28t; to gear up for its international bow we have a few new materials from the film, but first, we have word on a special event ahead of its release. Director Darren Aronofsky has curated an art exhibition titled “Fountains of the Deep: Visions of Noah and the Flood,’ which opens at 462 West Broadway in New York on Friday March 7, 2014 and will run through Saturday, March 29, 2014.

While the exhibit includes over fifty pieces, with each artwork tied to the Biblical story, today we have a selection to preview. Teased by Aronofsky on Twitter, and collected by FirstShowing, they are from, in order, Carmen Arvizu, Jeames Jean, Greg Ruth, and Erik Parker. The filmmaker says, “While writing the script for NOAH, I wondered how my favorite artists would interpret the iconic text. So I decided to ask a few of them to return to Genesis and create an image of their own. This exhibit is the collection of their work: in painting, in drawing, in photography, in sculpture and in music.”

Check out  new international trailer and TV spot below, along with the artwork: