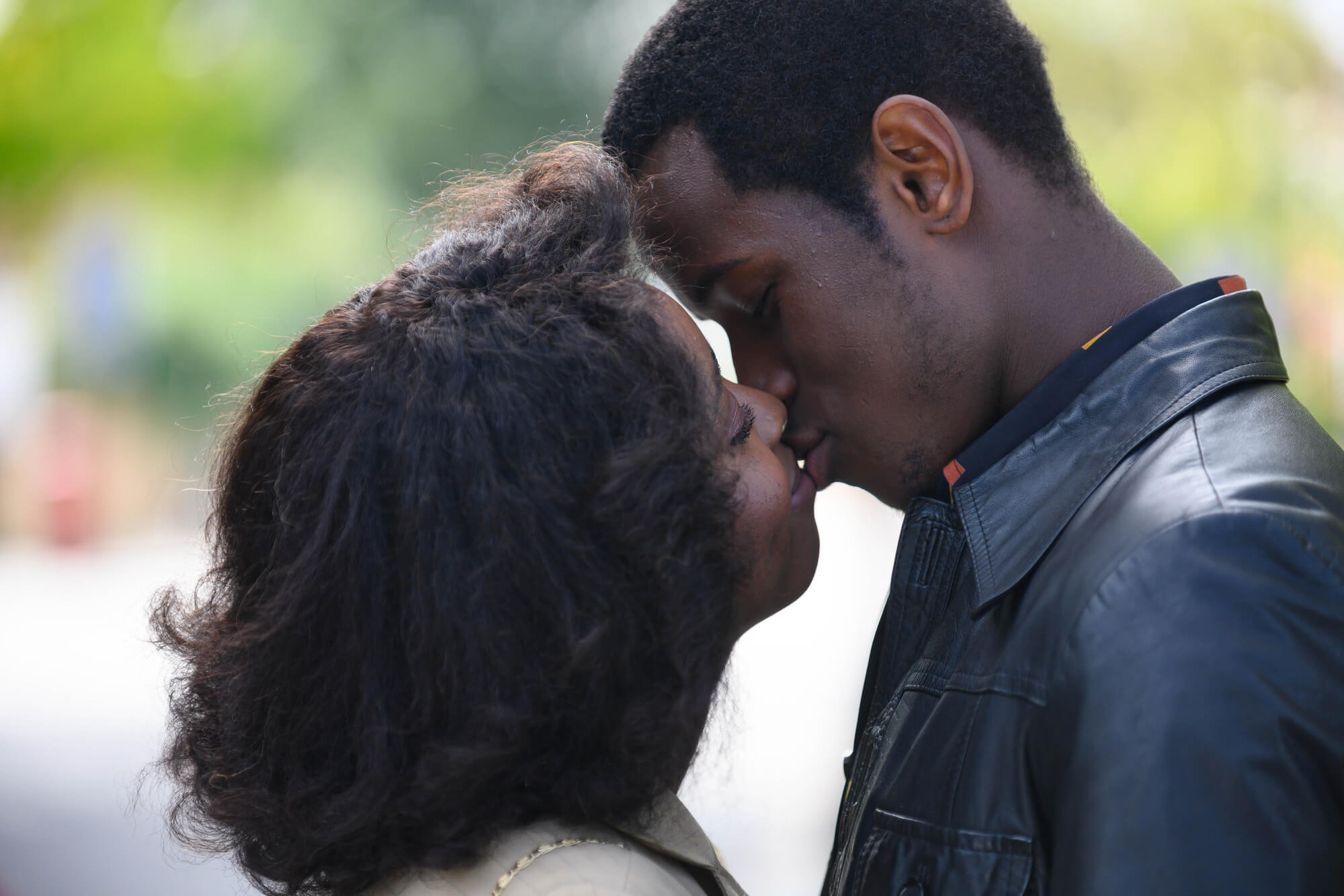 Happiest Season, Hollywood’s first major lesbian Christmas rom-com, has everything you’d expect from a Christmas movie: snow; sweaters; mismatched family members coming together under one roof; characters saying they hate Christmas and then succumbing to holiday cheer; conflict; satisfying resolution. Director and co-writer Clea DuVall embraces cliches, but filtering them through a lesbian perspective allows old tropes to gain new context. Family dysfunction carries extra weight when viewed through the lens of heteronormativity. The happy couple’s falling-out hits deeper because it’s wrought with the anxiety of coming out. Their fairytale ending feels all the more precious because it’s hard won, and something we rarely see. – Orla S. (full review)

One is immediately struck by the simplicity of Let Him Go. Following the untimely death of their son, retired sheriff George Blackledge (Kevin Costner) and his wife Margaret (Diane Lane) watch in horror as their daughter-in-law (Kayli Carter) marries into the Weboy Family, their grandson in tow. The Weboys are an unruly sort, holding power over all of those inside and outside of the law around the border of Montana and North Dakota. Big mean fish in a small pond. Unswayed by the violence sure to come their way, George and Margaret set out to rescue their family from certain doom. – Dan M. (full review)

An appropriately buoyant opening-night choice for this year’s New York Film Festival, Lovers Rock chronicles an underground London blues party, a space where Black Brits could cut loose and dance safe from white harassment. Director Steve McQueen presents the house party as a mostly utopic place, one maintained and policed by community committed to the ideals of spiritual liberation. The film’s fluid, handheld camerawork, courtesy of Shabier Kirchner, foregrounds positive vibes, detailing every inch of the tight dance floor and basking in the glow of unencumbered joy. These gatherings represent a release from a socially and politically marginalized group, but that subtext merely pulses underneath Lovers Rock, contextualizing the film without ever overwhelming it. The organic community portrait ebbs and flows to a beat of its own making. – Vikram M. (full review)

The FBI officially closed the D.B. Cooper case in 2016, forty-five years after he hijacked a plane, extorted $200,000, and jumped somewhere between Seattle and Reno. It’s the only unsolved case of air piracy in the United States and the fact it remained open for so long was reason enough for the bureau to cut its losses and put resources dedicated to its numerous dead-ends elsewhere. Cooper would be in his eighties or nineties at this point anyway, if he’s even still alive—a long shot for some who don’t believe anyone could’ve survive the rough terrain he’d have needed to walk through in the dark upon a hypothetically safe parachute landing. So what would a concrete answer truly provide? Closure? Isn’t the mystery the appeal? – Jared M. (full review)

In September 1997, sparked by desperation and noble intentions, Rob Richardson committed armed robbery. He was handed a 65-year prison sentence with no real hope of getting out. His wife, Fox, who was expecting twins at the time and was already a mother to their four boys, was an accomplice, but took a plea deal and was released three and a half years later. The last two decades of a family ripped apart sets the stage for Garrett Bradley’s Time, a formally stunning masterwork of empathy, exhaustion, love, and rage. The title of Time isn’t just a reference to the sentence Rob was given. It’s every moment he’s deprived of as the world continues outside his cell. It’s what Fox and their family sacrifice in their daily struggle to get him out. It’s every instant that the system in power uses to make them wait for an answer. It’s a piece of something that they may be able to win back if Rob was to be released. And it’s a sense of timelessness in which the director captures it all with her black-and-white, symphonic approach, which melds the political and personal in overwhelmingly heartbreaking ways. – Jordan R. (full review)

Where to Stream: For Free on YouTube (through Sunday only)

Have we ever given Paul Bettany the credit he deserves? One thinks back to his stellar turns in Master and Commander: The Far Side of the World, The Reckoning, and Dogville. No major awards consideration, instead a plump superhero role in the world’s most successful franchise. In Alan Ball’s Uncle Frank, Bettany appears more comfortable than he’s been in years. – Dan M. (full review)

Since we’re not getting No Time to Die any time soon, how about another spin on a James Bond-esque adventure from one of the world’s greatest directors? Romanian director Corneliu Porumboiu’s stylish new film The Whistlers, which premiered at Cannes Film Festival, follows a police inspector who travels to the Canary Islands to uncover a plot of intrigue, mystery, murder, sex, and a strange new language. – Jordan R.

There is no better way to close out this tumultuous year than with the evocative, mesmerizing films of Wong Kar Wai. With the majority of his films premiering in new restorations (kicking off with In the Mood for Love) and others seen for the very first time state-side, like the Hong Kong cut of The Grandmaster, Film at Lincoln Center’s retrospective is the perfect swoon-worthy holiday viewing ahead of The Criterion Collection’s likely box set release next year. – Leonard P.

The thing about artists is that their life’s work is objective. It remains once they’re gone. Few other career paths can claim that since money doesn’t count. You don’t make money. Some earn it. Some steal it. Some do everything in their power to avoid its hold on their lives beyond the basic need for survival. And by all accounts, Frank Zappa was keenly aware of that distinction. He knew what was necessary to help raise a family and what was necessary to feed his creative process. Money was therefore not the endgame, but instead a crucial raw material. That which came in went out to build what truly mattered: a legacy on vinyl, paper, and tape. He created as a compulsion, not as an enterprise. – Jared M. (full review)

Short Films by W. C. Fields
Werewolf
A Spell to Ward off the Darkness