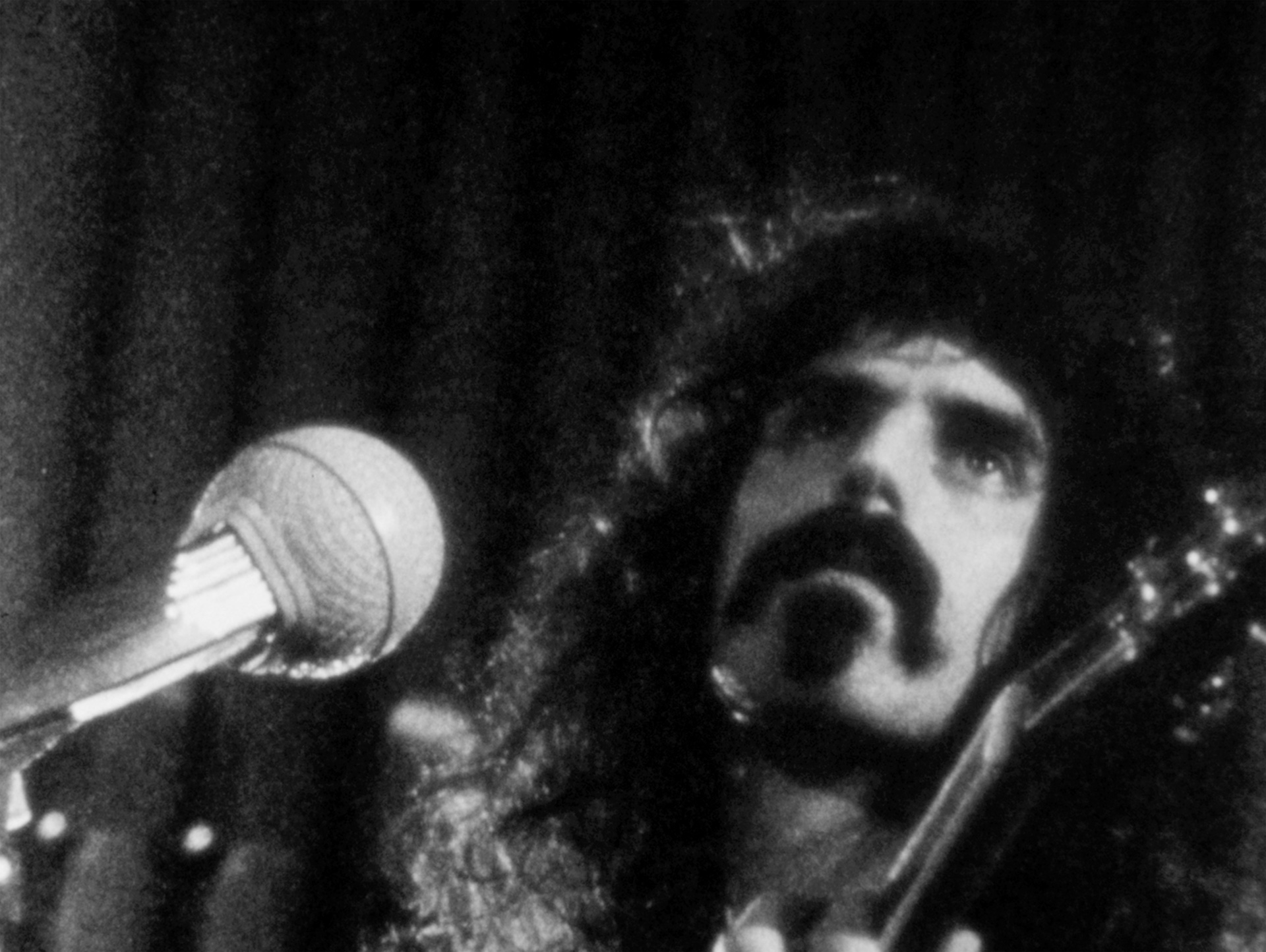 The thing about artists is that their life’s work is objective. It remains once they’re gone. Few other career paths can claim that since money doesn’t count. You don’t make money. Some earn it. Some steal it. Some do everything in their power to avoid its hold on their lives beyond the basic need for survival. And by all accounts, Frank Zappa was keenly aware of that distinction. He knew what was necessary to help raise a family and what was necessary to feed his creative process. Money was therefore not the endgame, but instead a crucial raw material. That which came in went out to build what truly mattered: a legacy on vinyl, paper, and tape. He created as a compulsion, not as an enterprise.

It therefore makes perfect sense when director Alex Winter sets his camera inside the composer’s personal vault to see rows and rows of shelving holding masters, VHS cassettes, books, and more. Because Zappa knew he’d never hit the mainstream (“Valley Girl” not withstanding), being savvy enough to find a way to sustain a prolific body of work despite that truth was essential. He practically became his own record label, band, lawyer, accountant, and archivist because there was no other feasible option—not when the industry was bleeding artistic vision dry so glossy, pre-packaged redundancies could rise. Who did Frank trust? Himself. Maybe his wife Gail. Maybe his kids. And now they have trusted Winter to scour that basement for two-hours worth of material able to do him proud.

The result is Zappa, an in-depth look at the man behind the mustache through his own words, those of his collaborators, and the art itself. Quick edits flip through moments like photographs until we settle upon an interview, home movie, rehearsal, or concert. His music plays in the background either as comical, raunchy rock-n-roll or complexly beautiful orchestral pieces played with the austerely exacting nature of a symphony. We see the coldness that everyone says was both there (he could be domineering and cruel in his drive for perfection) and not (he pushed his musicians to places he knew they could go even if they didn’t) when working and the suffer-no-fools attitude when giving one-word answers in interviews. And we glimpse his activism, dedication, and genius.

And as someone who never really got Zappa’s appeal, watching these things on-screen is an eye-opening experience. To hear Ruth Underwood talk about how one of his compositions changed her life from an orchestra track out of Julliard to touring in his band or Steve Vai laud “The Black Page” as a seminal piece worthy of note alongside classical composers means something even if I still don’t feel the music the same way they do. I’m not of that world and thus have to take their expertise at face value and understand the profound loss from Zappa’s battle with pancreatic cancer at age fifty-two through their tears. That’s the strength of films like this. They help to educate as well as memorialize. They travel beneath the surface.

Doing so isn’t always about bestowing sainthood upon their subjects either. Winter isn’t afraid to broach tough subjects—especially since they often say more about the person than lighter ones. Frank’s widow Gail talks about accepting his rock-n-roll lifestyle on the road knowing he was sleeping with groupies. Zappa’s old bandmates talk about the struggle to play such complicated music while also buying into the fun theatricality of the performances as more than mere concerts. Some were blindsided when The Mothers of Invention were disbanded. Some were invited back to subsequent iterations because they were valued despite knowing they were “paid monkeys” doing a job. Zappa wasn’t going to win any friendship awards, but he was respected. A handshake from him was like a hug from someone else.

Where things get really interesting, though, are the later years after emancipating himself from Warner Bros. to start his own shingle. This is where he no longer had to toe the company line. He could write what he wanted, tour where he wanted, and do whatever was necessary to bring his work to life for nobody other than himself. Frank had a Claymation animator on his payroll doing wild stuff. He directed films he knew would go nowhere and wrote compositions he knew nobody would be able to play as he envisioned them in his mind. But the generational shift from people his age getting paid to try towards younger fans asking to try made a huge difference. It fulfilled his dreams if not his wallet.

This is where he could really let his politics and ambitions speak too. Zappa had his loyal fans and thus didn’t have to worry about rankling feathers and getting blacklisted. When the government tried to censor lyrics—not his own mind you—he went to Congress and on numerous talk show programs to fight them. His battle made him so synonymous with freedom of expression in the Czech Republic that they asked him to be a cultural diplomat to the United States after their Velvet Revolution. And all of this non-musical stuff is also art. It’s all been recorded to sit in its place on his shelves as depictions of his art as political tool. Art moves hearts and minds regardless of whether you can fully comprehend why.

It’s a side of the artist I didn’t know. To me Frank Zappa was just a weird guy making weird music for a contingent of so-called “freaks” hailing him as a rock God. Now I know the details behind his trendsetting and the international reach of his desire to be free and artistic without oversight. It goes beyond the way he worked, the notes on the page, or the instruments he played too. He also took an interest in the business side of things to be able to calculate his next step. Zappa worried about the legal ramifications of his ideas and the logistical nightmare of extracting his music from his mind. And he didn’t suffer fools or praise acolytes. Art wasn’t a job. It was his life.

Zappa is screening as part of DOC NYC before a limited theatrical release on November 27.