Sundance Review: Time is a Masterwork of Empathy, Exhaustion, Love, and Rage 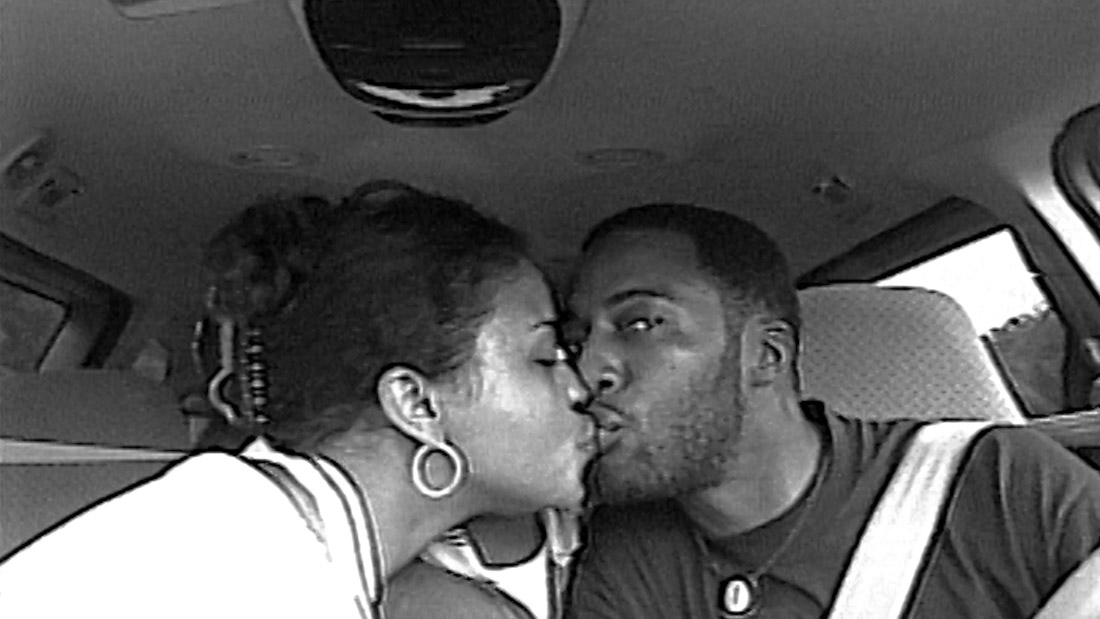 In September 1997, sparked by desperation and noble intentions, Rob Richardson committed armed robbery. He was handed a 65-year prison sentence with no real hope of getting out. His wife, Fox, who was expecting twins at the time and was already a mother to their four boys, was an accomplice, but took a plea deal and was released three and a half years later. The last two decades of a family ripped apart sets the stage for Garrett Bradley’s Time, a formally stunning masterwork of empathy, exhaustion, love, and rage. The title of Time isn’t just a reference to the sentence Rob was given. It’s every moment he’s deprived of as the world continues outside his cell. It’s what Fox and their family sacrifice in their daily struggle to get him out. It’s every instant that the system in power uses to make them wait for an answer. It’s a piece of something that they may be able to win back if Rob was to be released. And it’s a sense of timelessness in which the director captures it all with her black-and-white, symphonic approach, which melds the political and personal in overwhelmingly heartbreaking ways.

In telling this story, Bradley uses archival footage from eighteen years worth of MiniDV tapes shot by Fox herself as we see her sons grow up and the aching hole that’s left in their family. Much of what was being captured was told in a confessional manner as Fox is preserving and telling Rob what he’s missing. In her one-sided conversations with the camera, we also witness her twenty-year evolution as she comes to terms with what they did. “People in desperation do desperate things,” she admits as the high school sweethearts were under immense pressure in opening a hip-hop clothing store in their hometown of Shreveport, Louisiana. Through church services and intimate family moments, Fox’s mission in life is transformed as she forges a brighter future for her sons and shares her life story of redemption to those that are in need of someone to sympathize with. The footage shot since Rob’s incarceration is melded with present-day, vérité style portrayals of Fox’s current fight for justice. Now an established automobile dealer and an activist, we see her give powerful speeches to others who are going through the same situation. She also continues her daily journey, one full of roadblocks, in trying to reunite her family for good. Every year she must retain the hope that this will be the year Rob gets free.

Some will argue that as Rob was caught red-handed, he deserves the sentence he was given, but by showing the evolution in character of Fox after her reduced sentence for the same crime, it poses the question of what Rob could have achieved in these lost years and yields rage at the prison-industrial complex. It’s a system that only allows two-hour visits twice a month and it is–as one of the well-shot talking head interviews asserts–a new form of slavery as the white man has total control over a predominantly black majority. Fox was given the opportunity her husband was not: to show she was able to atone for and learn from the worst moment in her life, creating a rich, fulfilling existence of progress and a promising future for her boys. As we see her children discuss their ambitions–from being a policymaker for prison reform to another graduating from dentistry school to another, in a humorous scene, eloquently learning French–it shows the profound effect Fox has had on their lives. This focus on her family is concurrent with the years and years of fierce dedication that courses through every frame of the film. By carefully documenting the struggle on Fox’s shoulders to get any answers from the legal system–which often sentences black men to longer prison terms for the same crime–about the possibility of parole, we feel both the exhaustion and the determination.

Similar to another Sundance premiere, Eliza Hittman’s Never Rarely Sometimes Always, Time takes a much-debated socio-political issue and, by focusing on issues through an intimately personal lens, separates the divided discourse to cut straight to the bone. While Ava DuVernay intricately broke down the facts regarding this form of modern-day slavery and the need for prison reform in 13th, Garrett Bradley shows an entirely different non-fiction approach in enlightening audiences to the same issues with a hyper-specific, poetic perspective. We learn about statistics such as how it costs their family $15,000 for a lawyer who got no results as well how the government cut education and healthcare costs, but they remain fervent in funding the entire prison budget–even when Katrina tore through their town–which lessens the chance that Rob may be released. These facts aren’t conveyed through talking heads or text on the screen, but rather through intimately-captured conversations, making them all the more relatable and impactful.

An intriguing counterpoint in the film is Fox’s mom, who barely got to know Rob before he was imprisoned. “Right don’t come to you doing wrong,” she says of her thoughts on their situation, while still clearly supporting her daughter’s fight at a distance. During the film’s emotionally stunning finale, she’s also the one person who isn’t over-enthused at a certain revelation. By adding this layer, as well as those of Rob’s sons, who were missing a father for their entire upbringing, Time becomes far more than a single-minded account. As it’s said in the film, this is a family that conveys a strong image but they hiding behind a lot of pain.

During a phone call between Rob and Fox later in the film shows, the line cuts out mid-conversation, forcing an abrupt end to their discussion. They are not even in control of the time they have. And when it comes to what they do have, we see their family put it to the utmost use. This theme of not taking for granted what we’re given reaches a stunning culmination. Without revealing exactly what occurs, in the span of a few minutes in the film’s closing moments, Bradley and editor Gabe Rhodes visually convey precisely what Rob can never get back. It’s a sequence of overpowering emotion that will leave one visibly shaken and will forever imprint in one’s mind this portrait of extraordinary love and hope that goes beyond any rationality. With her debut non-fiction feature, Garrett Bradley has created a defining portrait of the unwavering dedication it takes to achieve the insurmountable and a call to action to change an antiquated, prejudiced system.