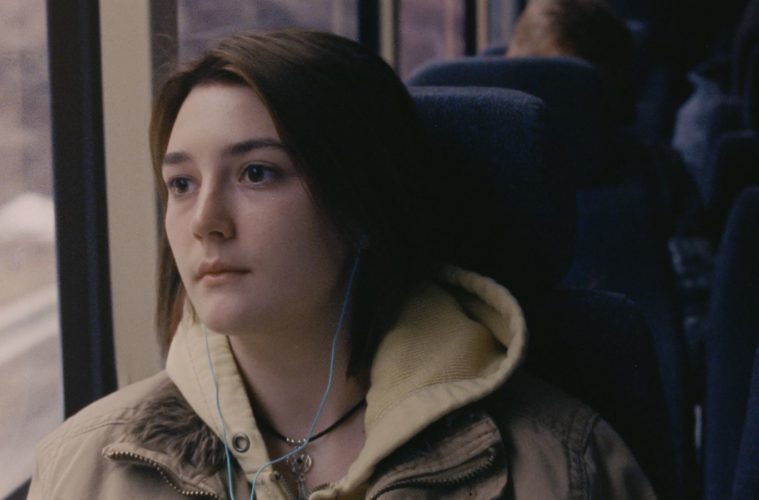 In a world where the hot-button issue of abortion has been a divisive point of political pull in which the majority of those in power will never have to grapple with the decision their entire lives, how do we shift our perspective to find the empathy towards those that are directly affected by when, how, and who can undergo the procedure? We can start with Never Rarely Sometimes Always, Eliza Hittman’s deeply moving chronicle of a teenager’s struggle to terminate her pregnancy. By steering clear of overtly political messages and naturalistically centering our perspective solely in the mindset of Autumn (Sidney Flanigan) through this journey, I can’t imagine a soul that won’t be inspired to give more careful consideration to those in similar situations.

Before Autumn decides to travel to New York City to see if an abortion can be performed, we see the roadblocks in her rural Pennsylvania town. The state requires that a minor must have parental consent to approve the procedure and she’s not interested in sharing this with her mother (Sharon Van Etten) nor her distant, detached stepfather (Ryan Eggold). Even before that, however, we see the setbacks as the pregnancy center in her town isn’t well-equipped to empathize with her. There are cheesy pamphlets handed out and a well-meaning health advisor thinks the best route is to show a “Hard Truths” educational video from decades ago. This leads Autumn to attempt a self-induced miscarriage after looking up a Buzzfeed-esque list online, and in achingly harrowing sequence, we witness her attempt to overload on vitamins then punch her stomach.

Hittman is careful to never have a feeling of exploitation throughout or even dip into levels of banal misery. Instead, she is always focusing on and deepening her character with each consecutive scene. Whether it is Autumn’s decision to give herself a homemade nose piercing to win back a sliver of independence after feeling dejected by the available options around her or subtly hint at the fractured relationship that caused the pregnancy, we’re in step with her character at every turn. The writer-director also adds layers of distressing sexual commodification towards both Autumn and her cousin Skylar (Talia Ryder), who work together at their local grocery store. Each night, the manager disgustingly attempts to kiss their hands after their shift’s money is counted. Even though Skylar isn’t going through the same situation as Autumn, these are both young women in a society in which other forces believe they can control their bodies in a transactional nature–a theme expanded upon as they head to New York City and encounter Jasper (Théodore Pellerin), whose niceness masks his intentions to eagerly get some action, followed by a revolting encounter on the subway in the middle of the night.

Cinematographer Hélène Louvart, in her second collaboration with Hittman after Beach Rats, once again brings a level of dexterity and tactility simply unparalleled in her field. With a shallow depth of field, we’re intimately connected to every gesture on display and locked into Autumn’s perspective, so much so that when the abortion occurs and she goes under, we don’t see the procedure. It’s another carefully considered decision by Hittman to not add a manipulative element to the drama we’re already completely invested in. And when Louvart’s camera is not on the move, we’re given the drama’s most emotionally overwhelmingly scene, in which the film’s title is explained as Autumn meets with a doctor. Mostly captured in one long take, we witness Sidney Flanigan, in her first acting role, become a genuine star and we’re left shaken by both her vulnerability and a shy teenager’s hesitation to reveal everything about her life.

Hittman has explored the outer edges of New York City in her previous films, but here she’s able to key in on metropolis of Manhattan that’s far from the idyllic grandeur captured in most other films. From the flickering lights of treacherous tunnels to the construction-layered streets to the unsettling desolation of Port Authority at night as their trip gets over-extended, the hardships and unease for two strangers attempting to navigate the bustling city are rendered in all its exasperated stress. This strain also carries over to the minimal dialogue shared between Autumn and Skylar, who assists her along the journey. Hittman keys on their mutual exhaustion over the course of these days as they have little options, once again subtly commenting on how their struggle persists because this care couldn’t occur in her hometown, and wishing for reality in which it does.

In her three films, Hittman has explored the struggles of adolescence and the respective cages one can feel trapped in when one’s identity and independence are on the cusp of evolving. While Never Rarely Sometimes Always is her most straight-forward film yet, it’s also her most powerful, culminating in a sensitive, stirring experience free from heavy-handed sensationalism. As the moral, ethical, and legal debate of abortion continues amongst higher powers, Hittman as provided an essential, specific look at just one person’s struggle to have control over her own body. By doing so with such a delicate, considered perspective, she’s giving a voice to millions of women going through the same experience. And it’s time to listen.