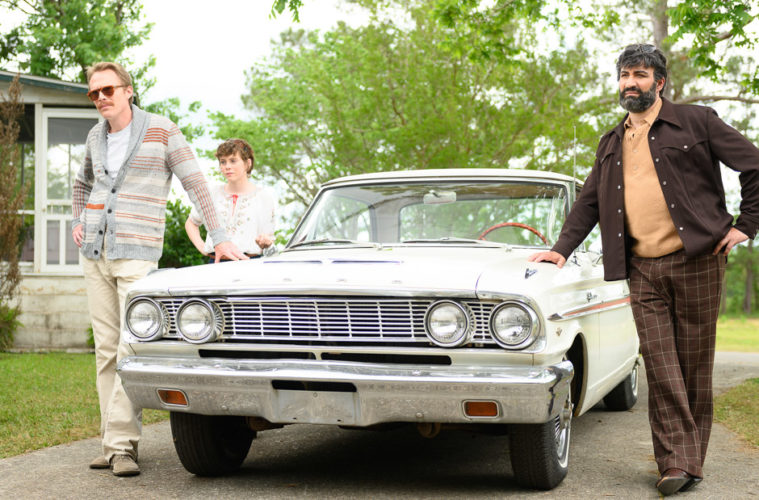 Have we ever given Paul Bettany the credit he deserves? One thinks back to his stellar turns in Master and Commander: The Far Side of the World, The Reckoning, and Dogville. No major awards consideration, instead a plump superhero role in the world’s most successful franchise. In Alan Ball’s Uncle Frank, Bettany appears more comfortable than he’s been in years.

Set in 1973, young Beth Bledsoe (a great Sophia Lillis) speaks of her love for her Uncle Frank (Bettany) in voiceover. “He was the only adult who looked me in the eye,” she tells us. Frank is well-read and lives and teaches in New York City, a million miles away from the Bledsoe’s hometown of Creeksville, South Carolina. Frank is kind to all, though his family regards him at a distance. After he gives young Beth some cogent advice, we skip four years to find her living in NYC and going to NYU on a scholarship.

It’s only here that she learns that her uncle is gay, sneaking into one of his late-night parties with a new college friend who has secrets of his own. Frank and Beth’s bonding is put on hold when they get the call that family patriarch Daddy Mac (Stephen Root) has died suddenly. Reluctantly, Frank drives down to the funeral with Beth, confronting his particularly tragic past on the journey down.

Peter Macdissi is a delight as Wally, Frank’s longtime partner and the film’s frequent comic relief. Despite Frank’s disapproval, Wally insists on tagging along to the proceedings. Once we’re back in Creekville, we get some quality time with some of the greatest character actors alive. The list includes Steve Zahn, Judy Greer, Lois Smith, and Margo Martindale.

To say that Ball, who made a name for himself with the script for American Beauty over twenty years ago, has a flair for the dramatic is something of an understatement. Often, his characters speak their emotions quite clearly. There is rarely time for subtlety in his work. And while this style can work well in spots (Six Feet Under of course, True Blood), here it feels out of place.

For the first half of the picture, Bettany’s soft, contemplative performance investigates Frank’s self-hatred with such beauty that the re-introduction of the rest of the family feels like a detriment, despite the talent of the cast. It’s clear we will learn about Frank’s history and there will be a confrontation with his family. One wishes these moments remained in the backdrop of the narrative, instead of taking it over. As it stands, Uncle Frank the character is a bit more compelling than Uncle Frank the film.