Fatman Review: Mel Gibson as Santa Yields Nothing But Coal 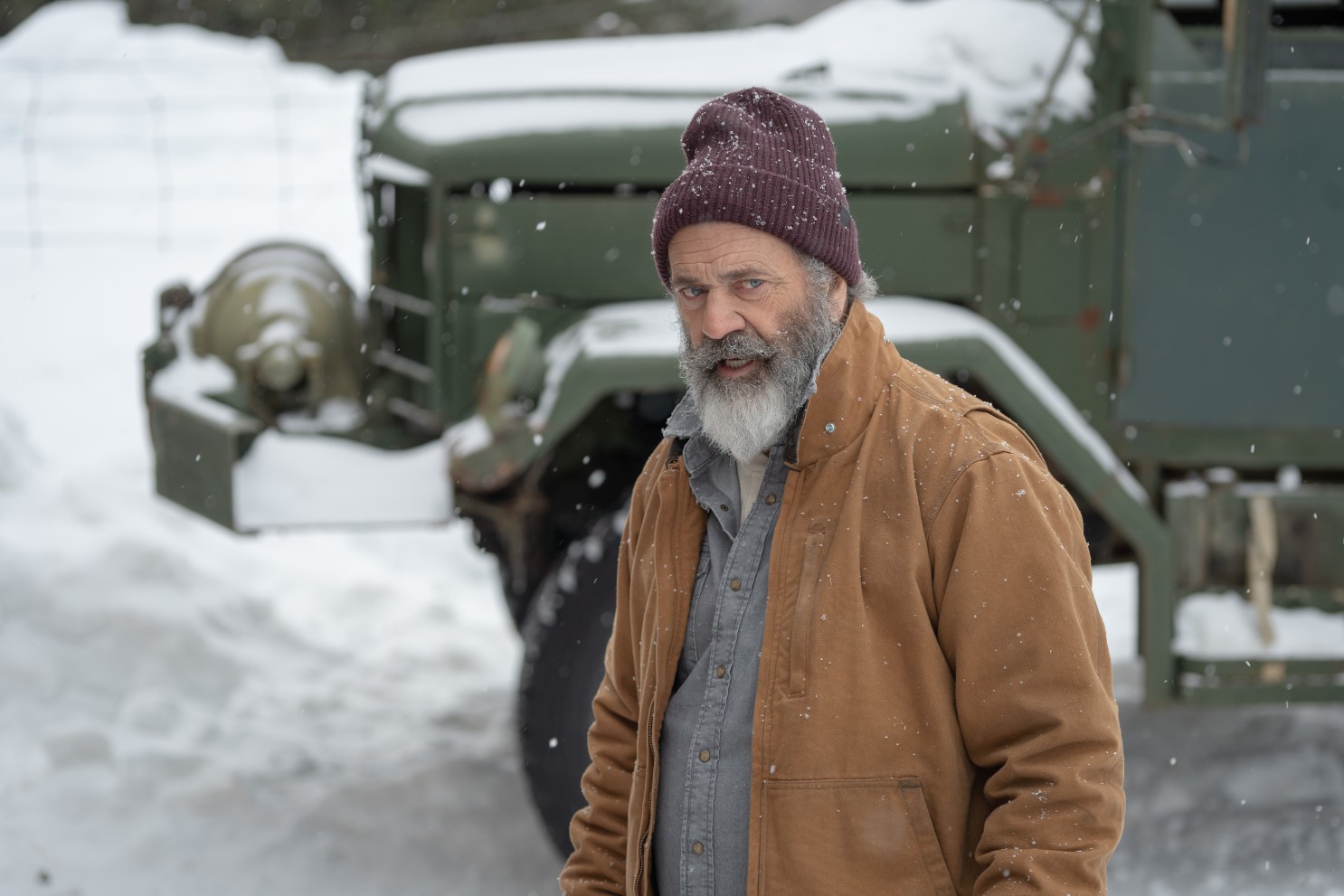 Is attempting to pervert the happiest time of year still a fresh approach? No, but Fatman sure thinks so. Is putting folklore into our reality a good excuse for hijinks? It can be, but it isn’t here. If a comedy doesn’t have a single laugh, does that make it bad? Of course it does, but the real slap to the face for something like this isn’t its inability to get even a chuckle. It’s how boring it is, enough so to make you roll your eyes and curl your toes in perfect unison. What feels like a Robot Chicken sketch drawn out to 100 minutes doesn’t even sound too hopeful in theory, but it didn’t have to be this pointless.

This so-called Fatman—who is he? He’s Chris Cringle (Mel Gibson). Santa Claus. But this Santa is edgy. He doesn’t live in the North Pole, oh no. He lives in North Peak, Alaska, where he shoots empty bottles and plows himself with liquor while his doting wife, Ruth (Marianne Jean-Baptiste), sits around the house. These attributes have the potential to be cute little touches, but Fatman isn’t really about Chris, at least not as much as it thinks it is.

Its first half-hour is far more focused on Billy (Chance Hurstfield), a bratty kid who’s predisposed to threaten peers who beat him in the school science fair. As expected, he gets a lump of coal for Christmas, but he’s not going to take that. He’s off to hire an unnamed hitman (Walton Goggins) instead, who has his own resentment towards Chris. It’s not a perfect premise, no, but it could have worked. It could have worked if Fatman had a semblance of decent pacing, a better hold on its tone, or a single performance that actually pays off. As is, it’s thoroughly pointless.

That’s not to say that writers-directors Ian Nelms & Eshom Nelms ever overstep their boundaries. They never cross into offensive territory; they never do anything to shock. Maybe they should have, though. Fatman fancies itself as a black comedy, yet so much of its content feels appropriate for evening television. It’s only when the script tosses in a random expletive or a few splashes of blood in the later stretches that there’s a shadow of what the filmmakers were apparently going for. They never actually dare overstep any boundaries, making something far too safe for its own good.

Lack of daring is not all that hurts. Pacing is remarkably uneven, some parts negligible and others protracted. Just as the first half-hour sets its sights on Billy, the rest of the movie seems unsure of how to fit him into the plot. As such, it’s a perfunctory outline that cuts between Chris and the hitman, and while Gibson is fine for what he has to do here, it’s hard to see his work as more than a pale imitation of previous roles. (Jean-François Richet’s Blood Father made much better use of him just four years ago.) Goggins, all the while, is sleepwalking through his part, and Jean-Baptiste gets nothing to do.

But while the script struggles to decide whether it’s a split narrative, pacing and tone make it worse. There’s no real conflict until the half-hour mark, and what appears is underwhelming in concept and execution. It just leaves the flavor to flounder. What begins as crass in a sanded-down, anodyne sort of way then turns into something else. It’s not mean; it’s not moving. It just coasts, and it doesn’t help that its attempts at actual drama feel more like padding than anything else. This all leads to a snowbound shootout that should work, but its uptick in violence is more of a slap to the back of the head than anything else.

By the time Fatman tries to dip into earnestness, it’s hard to know what it thinks it is. Worse yet, it’s hard to know just what the filmmakers were trying to pull off. If it’s a black comedy, why isn’t it transgressive? If he’s a drunk, bitter Santa Claus, why does the setting feel superfluous? There’s such a lack of attention here in the half-baked use of iconography, writing, and acting, but it’s nothing to get worked up about. It’s just so hard to care.