New to Streaming: Knives Out, Foreign-Language Oscar Winners, A Beautiful Day in the Neighborhood & More 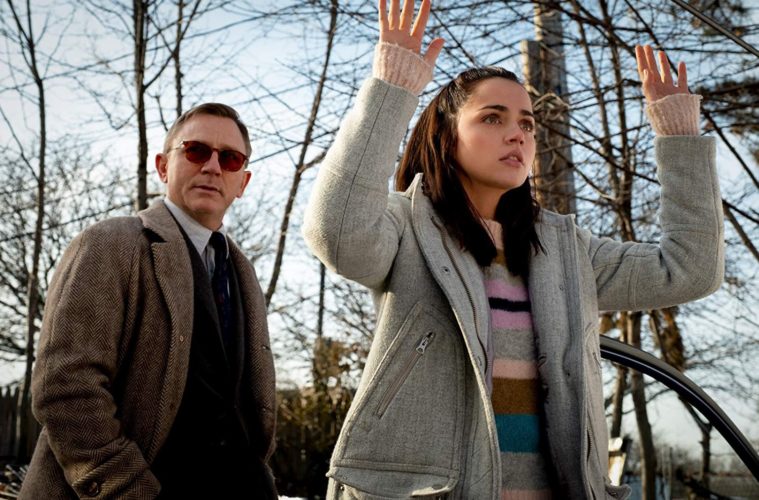 A Beautiful Day in the Neighborhood (Marielle Heller)

It sounds almost too perfect: Tom Hanks as Mr. Rogers, the beloved children’s entertainer. Of course, who else could it be, really? It is so seemingly predestined, in fact, that Hanks’s first onscreen appearance as Fred Rogers elicits knowing laughter from the audience. Yes, Tom Hanks playing Mr. Rogers looks and sounds exactly how you would imagine. Marielle Heller’s A Beautiful Day in the Neighborhood, however, is much more than an obvious biopic. It’s not really a biopic at all. Nor is it a rehash of 2018’s much-heralded documentary profile of Fred Rogers, Won’t You Be MyNeighbor? Instead, this 2019 Toronto International Film Festival world premiere is a deeply felt story of friendship and forgiveness. Truly, what makes Neighborhood such a tremendous success is that it is not a film about Mr. Rogers. Rather, it’s a film about the impact of Mr. Rogers. – Chris S. (full review)

There’s nothing subtle about Come to Daddy’s brazen antics. After all, the film does begin with dueling quotes from Shakespeare and Beyoncé about fatherhood’s cursed blessings. Still, there’s much to admire in the tonal balancing act it manages to strike. That a film can be this venomous and sincere at the same time indicates genuine dedication to the finer points of B movie mayhem.  – Glenn H. (full review)

The thesis of the impeccably directed Dogs Don’t Wear Pants is that you can teach a dog new tricks, especially if that dog has a threshold and an appetite for extreme pain. Although J-P Valkeapää’s picture is not screening in TIFF’s Midnight Madness category, it very well could be–the experience is as gory and as harrowing as one’s standard horror film. – John F. (full review)

Grieving takes on a disquietingly beautiful tone in Argentinian actress-turned-cineaste María Alche’s directorial debut A Family Submerged (Familia Sumergida). After her sister’s untimely death, Marcela (Mercedes Moran), grapples with a middle life crisis, a moribund marriage, and a strained relationship with her three children. Dream-like memories of late relatives and loved ones offer a tenuous solace to loneliness, and cinematographer Hélène Louvart (of Beach Rats, Happy as Lazzaro and Maya’s fame, to name but three of her most recent works) perceptively paints Marcela’s apartment in a hazy light and dusty colors, an aquarium-like universe submerged in recollections and family rituals. Lucrecia Martel aficionados will no doubt spot familiar names in Alche’s debut, starting with Alche herself, who had taken the title role in Martel’s 2004 The Holy Girl, and Mercedes Moran, whose first collaboration with Martel dates back to the auteur’s 2001 feature debut, La Ciénaga. But the connections between Alche’s cinematic universe and Martel’s, here credited as a creative consultant, cut a lot deeper. A sense of physical and spiritual decay permeates Familia Sumergida, the same that served as a leitmotiv for Martel’s excursions into bourgeois solitude – yet the world Alche conjures speaks its own language: one of oneiric choreographies and mesmeric apparitions. – Leo G.

Much of what tantalizes about the seemingly straightforward drama Harmonium is what makes it so difficult to describe. It is nominally a domestic drama, centering on a family whose normal middle-class existence as owners of a metal workshop is slowly, heartbreakingly upended by the arrival of Toshio’s old friend Yasaka (Tadanobu Asano). However, it holds more than a tinge of the thriller to it as well, and while the film never truly leaves its dramatic vein, writer-director Kôji Fukada’s skill is such that it moves around within this zone, assuming the quotidian and the suspenseful with shocking ease. – Ryan S. (full review)

Though this film—about a dysfunctional family vying for a fortune while trying to discover the circumstances behind the death of their patriarch—was perfectly poised for a near-Thanksgiving bow, it doesn’t take a lot of imagination to see this becoming a year-round classic. Overflowing with stunning performances from its soon-to-be-mythic cast and dripping with style from a production and cinematography standpoint, Knives Out became a late-stage awards contender overnight. But it’s the story by writer-director Rian Johnson that really cements this movie as top-of-the-year material. Not one to be missed. – Brian R.

Bi Gan’s transportive, dreamlike odyssey Long Day’s Journey Into Night is a staggering testament to why the theatrical experience should be preserved, and not just for its inventive use of 3D. Mirroring the structure of his stunning debut Kaili Blues, it concludes with an astounding hour-long single take through (and above) multiple towns as we follow a detective’s journey to track down a mysterious woman. It’s become a go-to description to describe beautiful cinematography as dreamy, but what this emerging, brilliant director understands is how to cinematically translate the rhythms of such a subconscious experience in all of its isolation and wonder. He may be influenced by the likes of Wong Kar-wai and Andrei Tarkovsky, but Bi Gan is firmly charting his own path into unknown territory the likes of which have never been explored so thoroughly in film before. – Jordan R.

Stephen Cone’s protagonists are often defined by an inquisitiveness, whether it pertains to faith, sexuality or maturation in general. In Princess Cyd, Jessica Pinnick captivatingly embodies these concern as her Cyd is the ying to the yang of her aunt Miranda, played by Rebecca Spence in an equally great performance. As the two delicately spar during a warm Chicago summer, Cone has carefully crafted another world bursting with humanity that any viewer would want to live in. – Jordan R.

Where to Stream: Hulu (and Hulu)