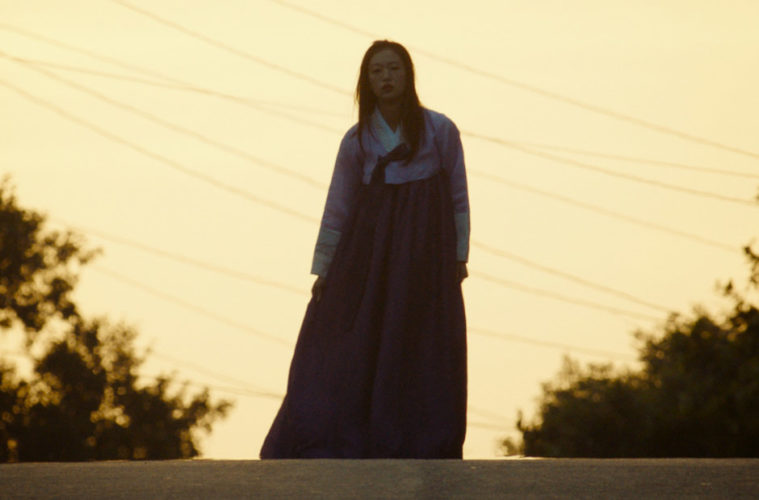 In Los Angeles, a brother and sister are brought back together as their father slips away. Such is the crux of Ms. Purple, the sophomore feature from writer/director Justin Chon, who was at Sundance in 2017 with his debut Gook. Kasie (an incredible Tiffany Chu) moonlights as a hostess at a karaoke bar, in which she serves at the whim of male clients. It is demeaning work, something she tries to wash away in the mornings.

At home lies her father (James Kang), wasting away in the final days of his life. Desperate for help and reluctant to go to hospice, her wayward brother Carey (Teddy Lee) appears just in time. This is the central relationship of the piece and it’s deeply felt. Chu and Lee work marvelously together, Chon employing a shaky, indie style to their scenes of conflict. Not unlike his debut film, much of this feels messy. It’s an aesthetic that proves a value add, thanks to solid work from cinematographer Ante Cheng. The relatively spare script (Chon co-writes with Chris Dinh) allows for the actors to develop their characters while the short running time (87 minutes) maintains a brisk pace. Certain scenes play a bit melodramatic, thanks to some slow-motion accompanied by a syrupy score from Roger Suen.

Thankfully, Chon keeps the focus on the siblings and the city they live in. After two films, it’s clear this filmmaker knows how to lens Los Angeles. Consider a scene in which Kasie is semi-asked out by Octavio (Octavio Pizano), a valet working near the karaoke bar. Lit by the neon store signs that surround them, Octavio stumbles through comments while cars in the background beep, increasingly angry by the wait. Another bit involving Carey and an adventure he takes his father on showcases an acute awareness of location. These are often things we take for granted as viewers, but subconsciously notice when they ring false.

Ms. Purple is lived-in drama, expanding off familiar beats with fresh POVs, an authentic setting, and a DIY style that never feels cheap. This second time around, it’s more proof that Justin Chon is an exciting new voice working in indie filmmaking.

Ms. Purple premiered at the Sundance Film Festival and opens on September 6.