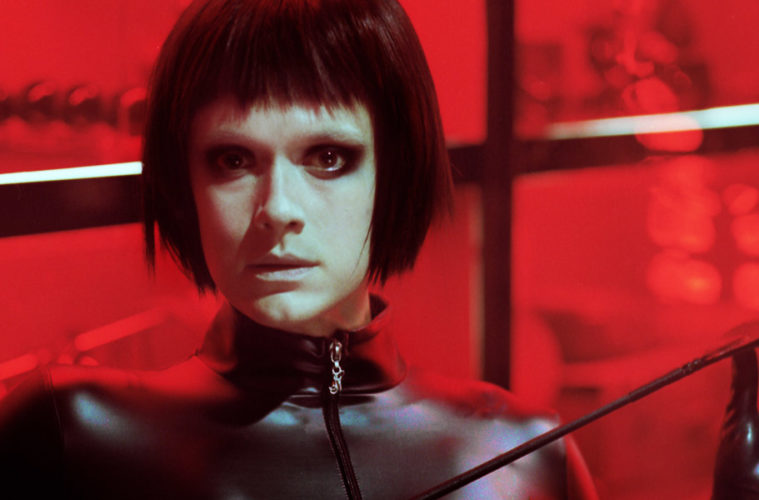 The thesis of the impeccably directed Dogs Don’t Wear Pants is that you can teach a dog new tricks, especially if that dog has a threshold and an appetite for extreme pain. Although J-P Valkeapää’s picture is not screening in TIFF’s Midnight Madness category, it very well could be–the experience is as gory and as harrowing as one’s standard horror film.

Those seeking a sex-positive portrait of bondage may, however, be offended as limits are pushed beyond the playful into something darker with lasting damage. Years ago on Howard Stern he interviewed a woman whose sexual fantasy was to be amputated during sex; here, protagonist Juha (Pekka Strang, star of Tom of Finland) finds himself entering the bondage scene as a form of atonement and therapy to deflect from his pain and anxiety. As a surgeon, he’s numb to blood and gore as evidenced early in the film’s explicit imagery and opening scenes which oscillate between the haunting aestheticization of loss, gore, and dark humor–masterfully keeping us on our toes.

The film opens with a stunning sequence as Juha finds that his wife has drowned in a fishing net he’s left out. Unable to save her, he’s forced to care for his daughter Elli (Illona Hunt) alone. Years later he accompanies the now 16-year-old Elli to a mysterious den of sin where he agrees, without putting up a fight, to let her get her tongue pierced. When told to leave the room he wanders into a lair of a bondage practitioner Mona (Krista Kosonen) where he’s assaulted and thus begins his interest in starting to feel something.

Seeking out both pain and pleasure he continues to revisit, and each time the treatment grows harsher and more twisted. This is not the midwest-friendly Target/Walmart version of bondage seen in Fifty Shades of Grey and perhaps this is where the film may find itself in some hot water with those in the community as dominatrix Mona proceeds to offer up her services even after Juha crosses a firmly established line and begins stalking her. For much of this, Juha finds himself without a community and a lexicon despite having some common ground with coworkers, including one who both works hard and plays hard.

Juha’s dating life seems rather confusing; he remains haunted by his wife’s perfume which he applies both to masturbate and when he meets a stranger for what would seem like a “vanilla” date. Dogs Don’t Wear Pants is an often harrowing psychological thriller where grief is not met with remembrance but something else to mask the pain as straight-laced Juha’s curiosity grows more twisted beyond the graphic imagery, though its message remains unclear as it leaves its characters on an ambiguous note. The film is visually stunning descent into a neon-lit hell but with all that pain, it’s unclear if there has been any gain for both Juha and the audience.