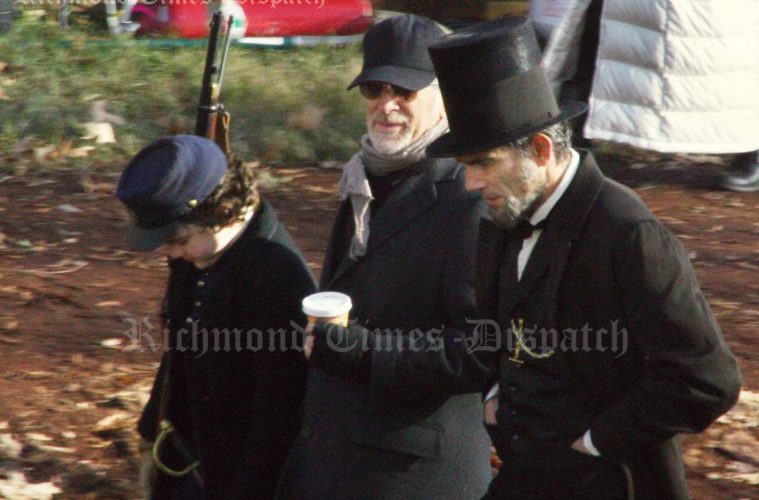 Just a few weeks ago the Internet exploded with our first look at Daniel Day-Lewis as Abraham Lincoln in Steven Spielberg‘s upcoming biopic. The only problem was the actor was in jeans enjoying a meal after a day of shooting. But what does he look like with his full garb on? Today we finally have an answer.

Richmond-Times Dispatch snapped a photo of the actor on set, walking with Spielberg and another extra. He looks to be doing a spot-on physical impersonation of the figure and can’t wait to see actual footage, which probably won’t be for quite some time. Spielberg’s long-time producing partner Kathleen Kennedy also recently sat down with The Playlist for War Horse and talked about a few Lincoln details. She stated they aren’t focusing on the Civil War in the film and also spoke about DDL, which you can read below, followed by the full photo.

“He’s very immersive in his technique, in what he does,” she said. “He speaks primarily to Steven, but he’s a very serious actor and he takes very seriously the job of acting and what he does. We’ve all had a great interaction with him. He’s been fantastic.” Expect a December 2012 release for Lincoln, while Spielberg’s War Horse and The Adventures Tintin arrive on the 25th and 21st of this month, respectively.

What do you think of DDL in full Lincoln garb?