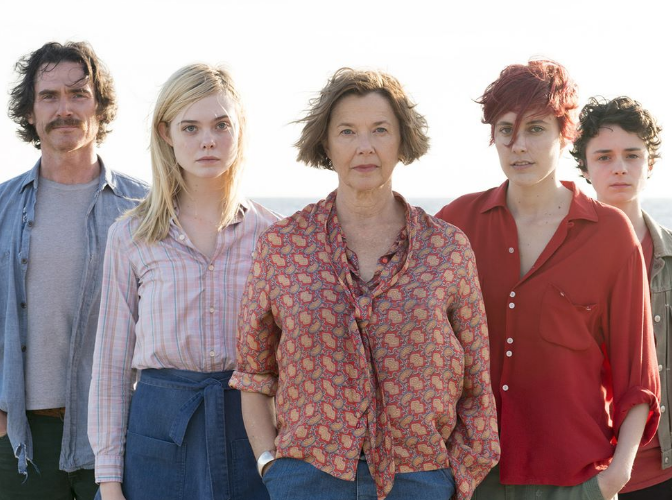 One of our most-anticipated films of the year is Mike Mills‘ follow-up to the utterly wonderful Beginners, titled 20th Century Women, and now we know when we’ll first get a chance to see it. After the drama — starring Annette Bening, Greta Gerwig, Elle Fanning, and Billy Crudup — was picked up by A24 for a release in December, the 2016 New York Film Festival has announced it will have a world premiere as their Centerpiece selection on October 8th.

“I was taken aback by 20th Century Women,” New York Film Festival Director and Selection Committee Chair Kent Jones says. “It’s made with an extraordinarily unusual level of craft and attention to detail, human and visual, which is now all but extinct. As someone who actually lived through 1979 in middle-class America, I will testify to the fact that Mike Mills and his remarkable cast approach the level of the uncanny. I felt like I was back there, with all the shared behaviors and worries, the divisions, the look and feel and smell of the world as it was.”

Check out the synopsis and new image below, and return for our review.

Mills’s texturally and behaviorally rich new comedy keeps redefining itself as it goes along, creating a moving group portrait of particular people in a particular place (Santa Barbara) at a particular moment in the 20th century (1979), one lovingly attended detail at a time. The great Annette Bening, in one of her very best performances, is a single mother raising her teenage son (newcomer Lucas Jade Zumann) in a sprawling bohemian house, shared by an itinerant carpenter (Billy Crudup) and a punk artist with a Bowie haircut (Greta Gerwig), and frequented by her son’s rebellious friend (Elle Fanning). 20th Century Women is warm, funny, and a work of passionate artistry.

20th Century Women will be released on December 21st.