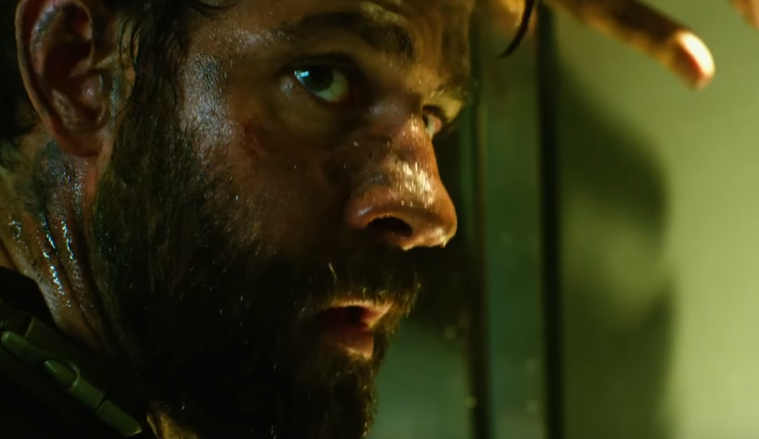 Michael Bay Returns to War in New Trailers For ’13 Hours: The Secret Soldiers of Benghazi’

Bayghazi is upon us. After taking on World War II in Pearl Harbor, director Michael Bay is returning to the art of war (with hopefully better results) in 13 Hours: The Secret Soldiers of Benghazi. Having been set for a January release, in the same timeframe where American Sniper and Lone Survivor did gangbusters at the box-office — although not getting an awards qualifying run like those films — Paramount is certainly hoping for the same success here.

We now have a pair of new trailers — one restricted, one green band — that delve deeper into the conflict, while also showing off the many, many explosions. For those not familiar with the 2012 event, the story follows the team of “security operators” responding when an Islamic militant attack resulted in the death of U.S. Ambassador J. Christopher Stevens. Led by John Krasinski, Dominic Fumusa, James Badge Dale, Max Martini, and Pablo Schreiber, check out the new trailers below for the Chuck Hogan-scripted project.