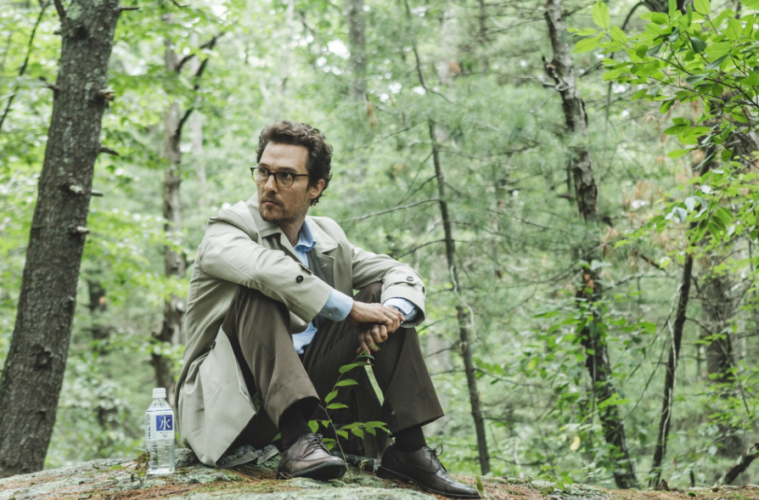 While it was looking like Roadside Attractions simply forgot they had picked up the rights to Gus Van Sant‘s The Sea of Trees, A24 went ahead and took the much-derided Cannes drama off their hands and will now release it this month. Starring Matthew McConaughey and Ken Watanabe as Arthur Brennan and Takumi Nakamura, respectively, it follows the two individuals who happen upon each other in the forests of Mount Fuji in Japan known as the sea of trees. Brennan plans on committing suicide in the forest whereas Nakamura is geographically lost and unable to find his way out. The studio has now released a new trailer ahead of a late August debut in theaters and on VOD.

We said in our review, “The genuinely captivating ambiguity of these early moments fools you into thinking The Sea of Trees could be a return to form for Van Sant, a tantalizing throwback to the days when a new release by the director was greeted with deserved anticipation. The rest of the film obliterates this promise and punishes you for being so gullible.” While Roadside Attractions have yet to set a U.S. release date for the film, it’ll arrive in Japan at the end of April and today brings the first trailer hailing from there.

With Naomi Watts also featured, check out the trailer and poster below.

In this powerful story of love and redemption, Matthew McConaughey stars as Arthur Brennan, an American professor who travels to Japan in the midst of a personal crisis. As he wanders through a mysterious forest with a dark past, he experiences flashbacks of his fraught but loving relationship with his wife, Joan (Naomi Watts), and meets an enigmatic stranger, Takumi (Ken Watanabe), who is lost and injured. Arthur devotes himself to saving Takumi and returning him home to safety, and the two embark on a spiritual, life-changing journey of friendship, discovery, and healing—one which may ultimately re-connect Arthur with his love for his wife.

The Sea of Trees opens in theaters and on VOD on August 26.