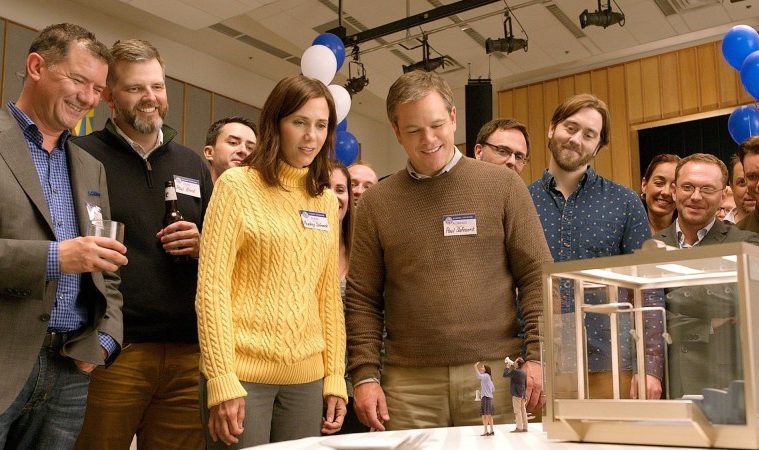 Alexander Payne has made a distinct name for himself with his slightly larger-than-life characters living out relatable journeys. For his next film, he’s upping his scope by capturing smaller-than-life characters in what will still hopefully have some relatable fiber. Downsizing, led by Matt Damon, takes place in a future where humans have the ability to downsize themselves, and in doing so, require much less resources. Damon’s down-and-out character decides to do this with his wife so they can make their money go further, but problems when arise when they aren’t on the same page. Also starring Christoph Waltz, Hong Chau, Jason Sudeikis, and Kristen Wiig, the first teaser has now arrived.

“My co-writer Jim Taylor and his brother had often mused about how much better our lives would be if we were able to shrink, how much bigger our houses could be, how much cheaper food would be, and so forth,” Payne tells Deadline. “Years later, I came back and said, “What if we put that in the context of being a solution to overpopulation and climate change?” He agreed, and the story began to unfold, and we thought it was a pretty good premise for a lot of reasons.”

See the teaser below and check back for the trailer on September 12.

When scientists discover how to shrink humans to five inches tall as a solution to over-population, Paul (Matt Damon) and his wife Audrey (Kristen Wiig) decide to abandon their stressed lives in order to get small and move to a new downsized community — a choice that triggers life-changing adventures.