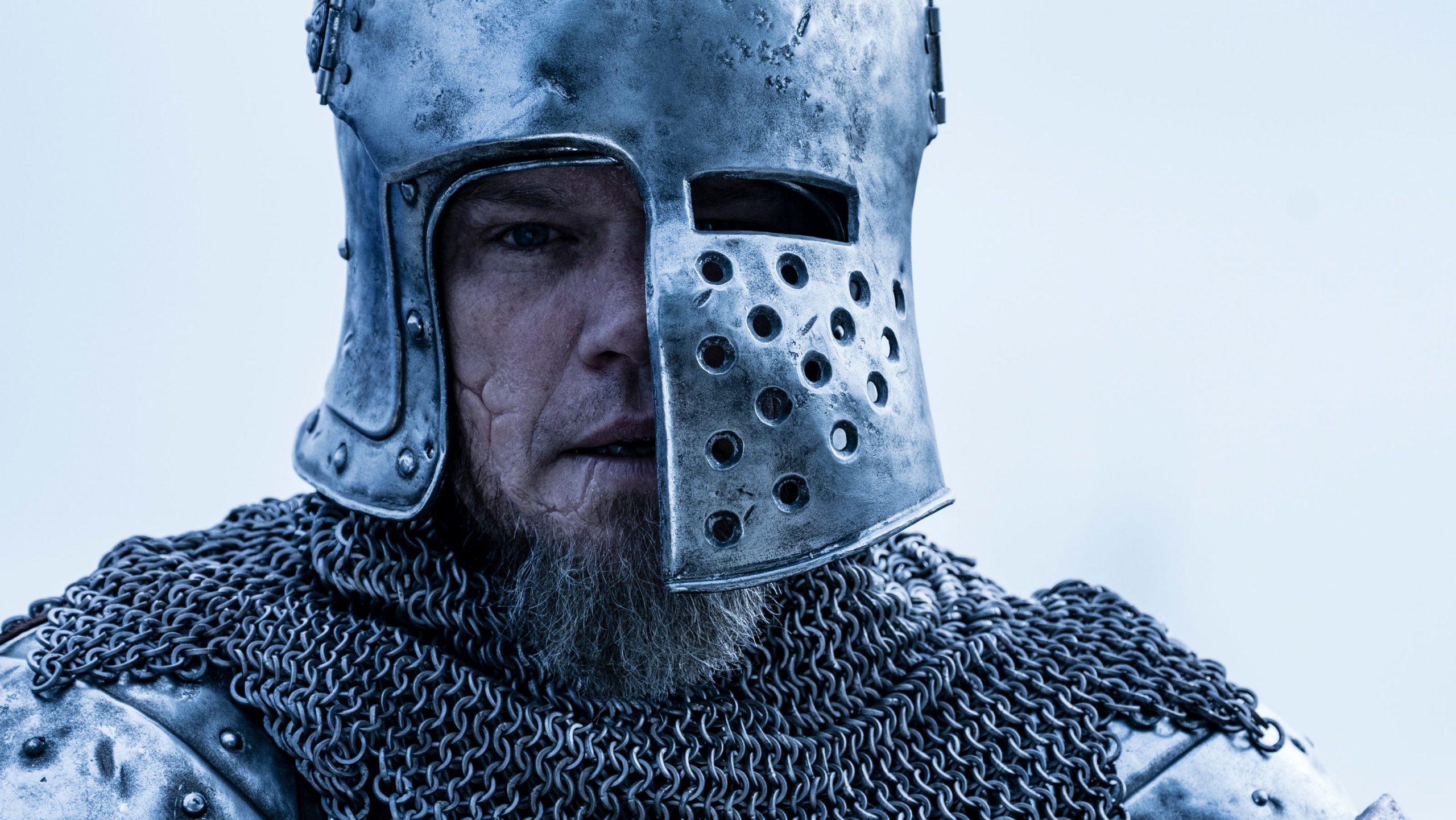 Judging by The Last Duel, 14th-century France was as gray and miserable as you’d expect. And yes, this is a long, talky, literary, extremely dour film, basically a guaranteed box-office bomb that, if anything, feels more akin to current prestige television. It’s possibly the gloomiest film Sir Ridley Scott has ever directed (which is saying something) and, if paired with that prissy craftsman’s rather tough and cynical The Counselor from 2013, shows a stark late-period worldview might even be forming, though that’ll probably be discounted by a number of subsequent for-hire jobs.

If anything, The Last Duel is a deeply respectable, not particularly enjoyable film. “Respectable” not simply in terms of the copious production values and prestige players onscreen, but in its very serious, earnest intentions. Case in point: Matt Damon looking like James Hetfield and wrapping chainmail around his fist to bash in a rival warrior’s face rather epitomizes the film’s ugly feelings—if not its tempo, which seems more interested in the intricacies of being a landlord in medieval France than swordplay.

The two-and-a-half-hour picture is separated into three chapters, each dedicated, respectively, to the perspectives of Jean de Carrouges (Matt Damon), Jacques Le Gris (Adam Driver), and Lady Marguerite (Jodie Comer). While Jean and Jacques may have been friends on the battlefield during the Hundred Years’ War, life after sees them increasingly divided. The former’s aging, insecure machismo intensifies while in a land dispute, and the latter is the young hotshot of medieval France who’s buddy-buddy with the powerful Count Pierre d’Alençon (Ben Affleck, anachronistically channeling his Mallrats-era smug jock persona). Dangerous levels of hubris and entitlement grow. Their conflict becomes even greater when Marguerite, Jean’s wife, accuses Jacques of rape. Due to the time period, it’s considered not an offense against her, but rather Jean’s “property.” The only resolution to their conflict is a duel to the death.

The use of multiple perspectives is not quite a rumination on storytelling and memory like Rashomon; even in Jacques’ chapter he’s undeniably guilty of the crime. Rather, the intentions seem pointed, be it in deliberate allusions to American politics: Jacques is coached by Count Pierre on sticking to his denial like a behind-the-scenes glimpse at the Kavanaugh hearings, while a trial scene features a deliberate nod to US Representative Todd Akin’s infamous comment about “legitimate rape” and pregnancy.

The litigation of these characters’ lives, in which details gradually accumulate for both them and their surroundings, doesn’t always breed the most exciting narrative. For example: Jean, at the relative beginning of the history of capitalism, getting people down without them realizing it. With Marguerite (the only likable character), we get the gamut of experiences in her loveless marriage—from functionary missionary sex with an aggrieved Jean to tending his poorly run fiefdom.

Damon, Affleck, and Nicole Holofcener’s screenplay may be structurally ambitious, yet Scott doesn’t practice any true experimentation to separate the chapters—perhaps shooting them in different aspect ratios or anything of the ilk. He employs a kind of steady, slow classical style: lots of shot-reverse and fewer CG landscapes than usual, giving a more antiquated, old-school appeal of craft. Strangely enough, the amount of low-light digital cinematography with candles decorating the set almost gave intense flashbacks to the diametrically opposed filmmaker Albert Serra’s austere period dramas.

Scott’s surprising patience pays off in certain sequences; Driver’s Nosferatu-like frame stalking Marguerite up the stairway of a castle—and not chopping this scene to bits in the editing room, as he’s been wont to do—is perhaps the most effective thing the director’s done in decades. And while it’s not a wholly interesting or original idea to take battling machismo to task by stripping violence of catharsis, The Last Duel—at least in the brutality of its eventual climax—achieves strong emotional blunt force. A sign that its lightly boring morality play and history lesson before the very pre-determined destination was worth the time.

The Last Duel opens in theaters on Friday, October 15.