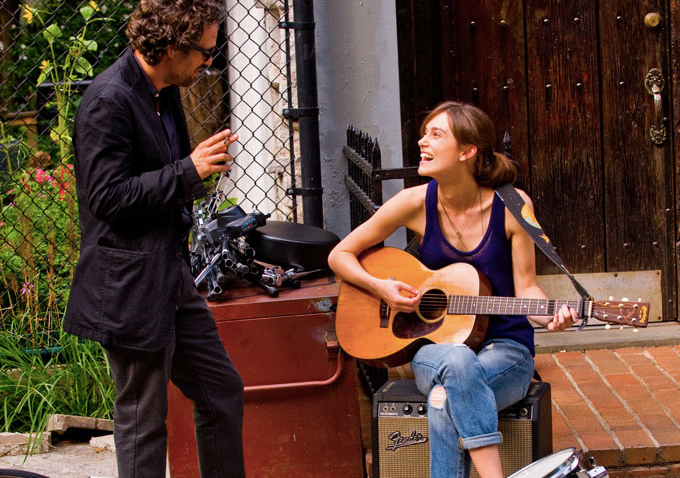 Once titled Can a Song Save Your Life?, but now going under the title Begin Again, the latest film from Once director John Carney premiered at Toronto International Film Festival last fall and will close out Tribeca before a July release. Following Keira Knightley and Mark Ruffalo forming an unexpected relationship in New York City, filled with music, we’ve now got the first trailer today.

In our full review, we said, “Begin Again is mainstream Once — it hits the sweet spot of love’s tortures and love’s ability to heal with overly cutesy situations and its fair share of laughs. Carney gives us some memorable sequences, such as Ruffalo imagining a full band accompaniment to Knightley’s fight song that gives her original folk singer acoustic aesthetic a bombastic, rocking edge. ” Also starring Adam Levin, Hailee Steinfeld, Catherine Keener, Mos Def, and CeeLo Green, check out the trailer below. Written and directed by John Carney, Begin Again is a soul-stirring comedy about what happens when lost souls meet and make beautiful music together. Gretta (Keira Knightley) and her long-time boyfriend Dave (Adam Levine) are college sweethearts and songwriting partners who come to New York when he lands a deal with a major label. His new-found fame soon tempts Dave to stray, leaving a reeling, lovelorn Gretta on her own. Her world takes a turn for the better when Dan (Mark Ruffalo), a disgraced record-label exec, stumbles upon her performance in the East Village and is immediately captivated by her raw talent. From this chance encounter emerges a mutually transformative collaboration set to a summer in New York City soundtrack.