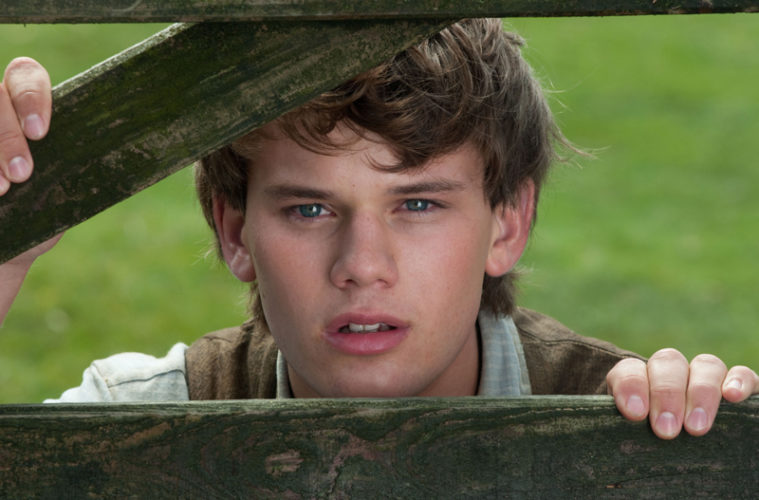 One can’t have a female-led young adult adaptation without a male lead and following The Hunger Games, Twilight and all the rest that came before it, the upcoming Divergent is following suit as they cast a wide net for an actor to star opposite The Descendants‘ Shailene Woodley. It was previously rumored that Brenton Thwaites (Maleficent), X-Men First Class and Stoker star Lucas Till, Monte Carlo‘s Luke Bracey, as well as Jack Reynor, who just nabbed the Transformers lead, were all testing, but now only one of the initial batch remains as more names have been added. Variety reports that while Till is still be looked at, War Horse lead Jeremy Irvine and Magic Mike star Alex Pettyfer have entered the picture. There’s no word if a frontrunner has emerged, but we’d like to see Pettyfer try and prove himself in a big-budget arena again, after surprising us with Steven Soderbergh‘s film last summer. With a March 21st, 2014 release date looming, expect a decision to come in shortly. In the meantime, check out a synopsis of the first novel below via Amazon.

In Beatrice Prior’s dystopian Chicago, society is divided into five factions, each dedicated to the cultivation of a particular virtue—Candor (the honest), Abnegation (the selfless), Dauntless (the brave), Amity (the peaceful), and Erudite (the intelligent). On an appointed day of every year, all sixteen-year-olds must select the faction to which they will devote the rest of their lives. For Beatrice, the decision is between staying with her family and being who she really is—she can’t have both. So she makes a choice that surprises everyone, including herself.

During the highly competitive initiation that follows, Beatrice renames herself Tris and struggles to determine who her friends really are—and where, exactly, a romance with a sometimes fascinating, sometimes infuriating boy fits into the life she’s chosen. But Tris also has a secret, one she’s kept hidden from everyone because she’s been warned it can mean death. And as she discovers a growing conflict that threatens to unravel her seemingly perfect society, she also learns that her secret might help her save those she loves . . . or it might destroy her.

Who would you want to see take the lead male role?