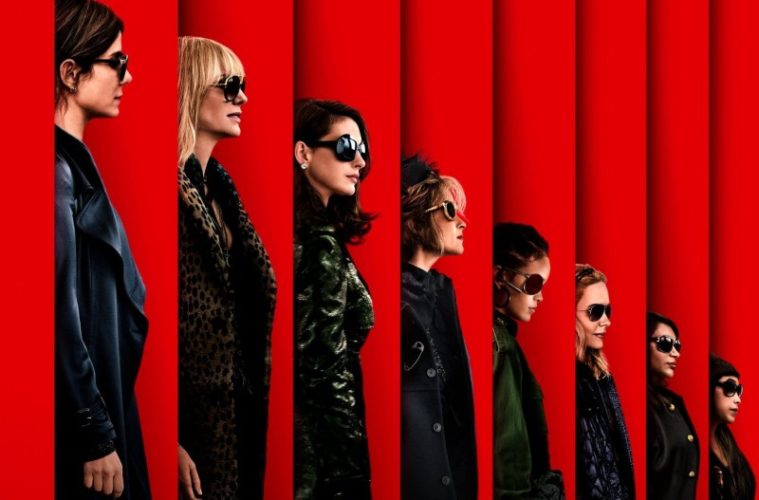 The Con Begins in the First Trailer for ‘Ocean’s 8’

Steven Soderbergh is back in the directing chair, but after directing a redneck spin on Ocean’s 11 with Logan Lucky, he didn’t return for Ocean’s 8, a female-led sequel to his trilogy. Rather, this summer-bound sequel is helmed by Gary Ross (The Hunger Games, Pleasantville), who directs Cate Blanchett, Rihanna, Anne Hathaway, Mindy Kaling, Sarah Paulson, Awkwafina, Helena Bonham Carter and Sandra Bullock, who plays Debbie Ocean, sister to Clooney’s Danny. Ahead of a release this June, the first trailer has landed which shows off the story of a jewelry heist at the Met Gala.

“Everyone has their specialty, yes. What’s fun is that it’s not their whole life. And they haven’t been able to do what they’re brilliant at because the industry, if you can call it the industry, the industry of crime hasn’t really allowed them to excel and execute what they’re good at,” Bullock tells EW. “So you’ll find one who’s a stay-at-home mom with two children who sells things on the QVC. And here comes Debbie Ocean who enlists their help of them, but not because she only wants females. It’s really fun. Imagine all eight of us crammed into a makeup trailer in the morning. You think that it would be disastrous but it was heaven, all of us just sharing information, all of us doing three jobs with families, our other jobs, the juggling. And then we get to shoot this movie together.”