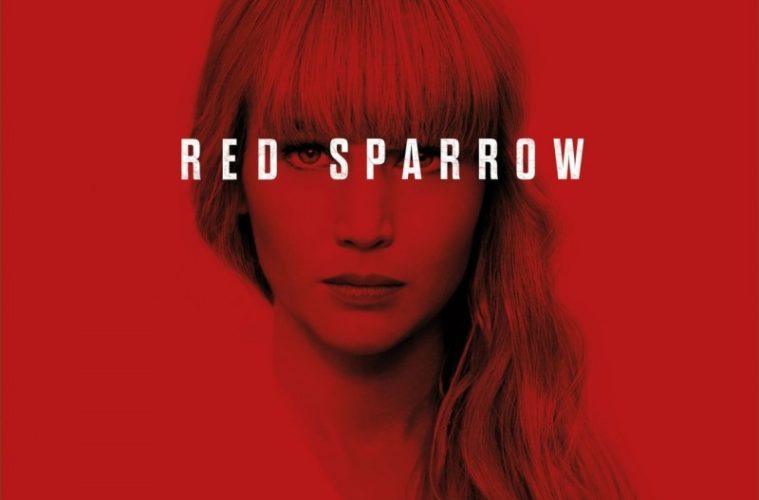 With Jennifer Lawrence’s Katniss Everdeen hanging up her bow and arrow and Francis Lawrence now free of the shackles of adhering to the demands of hit source material, Red Sparrow is a clear pivot into more mature, merciless terrority for the duo. Reteaming with his star of The Hunger Games, the entire film feels like an exercise in proving they can handle material that’s not only darker, but rife with prevalent commentary both on the politics of today and the psychological and physical toll of sexual assault. While there’s a blunt effect to tackling such issues in a frank manner, the direction doesn’t the have the formal daring of something like Tinker, Tailor, Soldier, Spy and the script is a few shades shy of the wit contained in the ‘70s spy thrillers it pays homage to.

Though advertised in the Atomic Blonde vein, this is a far more subdued and less osentensius thriller. In fact, aside from a cringe-inducing knife fight that rivals the brutality of Eastern Promises’ iconic scene, there are no real setpieces to speak of. Rather, feeling more akin to The Girl with the Dragon Tattoo, much of the suspense is tied to the questionable sympathies of our lead as she jumps back and forth between Russian intelligence and the CIA. The script by Justin Haythe–the writer behind another audacious, over-extended 20th Century Fox spring release, A Cure for Wellness–is full of twists and turns, and while some of them will come as a surprise, one never feels genuinely invested of the outcome due to the emotionally reserved approach, which is more convoluted and distended than necessary.

Dedicating her life to ballet, we first meet Dominika Egorova (Lawrence) as she lives a humble life taking care of her ailing mother in between practice and performances. The lead-up to an life-changing accident in a major production is slickly cross-cut with CIA agent Nathaniel Nash (Joel Edgerton), also in Russia, as he evades capture when one of his sources is nearly apprehended by the police. We continue to oscillate between the two storylines and their eventual convergence as Dominika, by the coercion of her shady, powerful uncle (Matthias Schoenaerts), joins the “Sparrow School” and trains to become a Russian spy where her body and mind get degraded in favor of assisting her nation. Meanwhile, after some questioning back in America, Nash returns to Russia where he attempts to sway the newly graduated Dominika to his side.

While on the surface the kind of glossy globe-trotter where Hollywood stars are cast as Russians and accents are used in favor of subtitles, Red Sparrow soon reveals its darkness hiding underneath. Jennifer Lawrence, who was recently put through the wringer in mother!, is subjected to more realistic forms of torture here. As Dominika is forced to strip naked and sees her classmates being ordered to give blowjobs to perverts in order to remove any emotion from using their bodies as weapons, her arc goes from a subservient pawn in Russia’s male-dominated political game to wielding her own power. Lawrence displays an initial timidness that gives way to a commanding, icy swagger as she gives herself over to the Sparrow training and high-stakes execution. However, Haythe’s script is more interested in the espionage thrills than inserting any sort of intelligent, feminist-minded motivation, particularly when it comes to a needless romance.

After numerous scenes of brutal mental and physical torture, one wishes the takeaway was more than just a guttural reaction to the horror on display. A few moments of levity are provided by the always-excellent Bill Camp in an all-too-brief role. The cinematography from Jo Willems, also reteaming after The Hunger Games, is well-composed with a few flourishes but mostly playing by the noir handbook, as is James Newton Howard’s score, which eventually builds to a rousing orchestral climax.

Giving the world a heightened, almost cartoonish look at Russian intelligence from the inside, Red Sparrow cheekily plays to the moment. “A country that only cares about shopping and social media,” says Charlotte Rampling as a Sparrow School headmaster, speaking about their target: America. It’s just one of many moments in the script that aims to hit the zeitgeist without penetrating much further than surface observations. While Red Sparrow ultimately doesn’t earn its all-consuming, grueling dourness, there are a few thrills to be had, and following the best performance of her career last fall, it’s certainly another fearless step forward for Jennifer Lawrence.