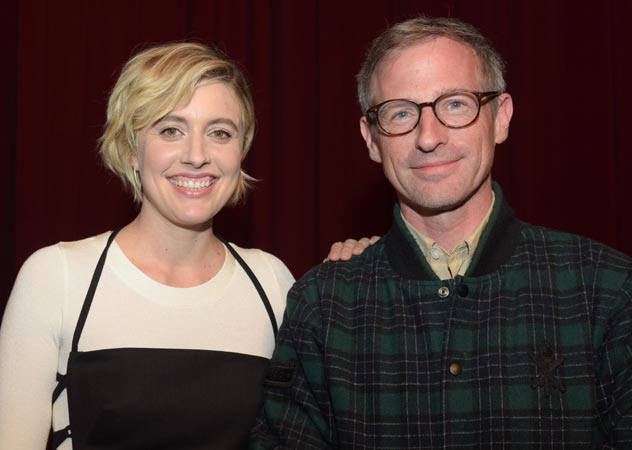 Not only is Lady Bird, Greta Gerwig’s solo directorial debut, one of the year’s best films, it’s also one the most successful. In under 250 theaters, it’s already made nearly $5 million and is well on its way to becoming one of A24’s biggest films. Since its debut at Telluride, Gerwig and her collaborators have been going in-depth on the making of the coming-of-age story and now today we have one of the most essential conversations.

Sitting down at the DGA theater in Los Angeles, Gerwig participated in a talk with Spike Jonze. In preparing for the film, Gerwig would call up directors — including Jonze, Mike Mills, Rebecca Miller, Wes Anderson, Todd Solondz, Whit Stillman, and, of course, Noah Baumbach — and talk to them for hours about a variety of questions she had. So, this was a reunion of sorts for Jonze and Gerwig as they discussed the advice that was given. Perhaps the best bit from Jonze: “If you don’t like a shot, just start turning off lights.”

Check out the talk below, along with a scene analyzation from Gerwig.

As a bonus, watch Jonze’s only collaboration with Gerwig below:

Lady Bird is now in theaters.