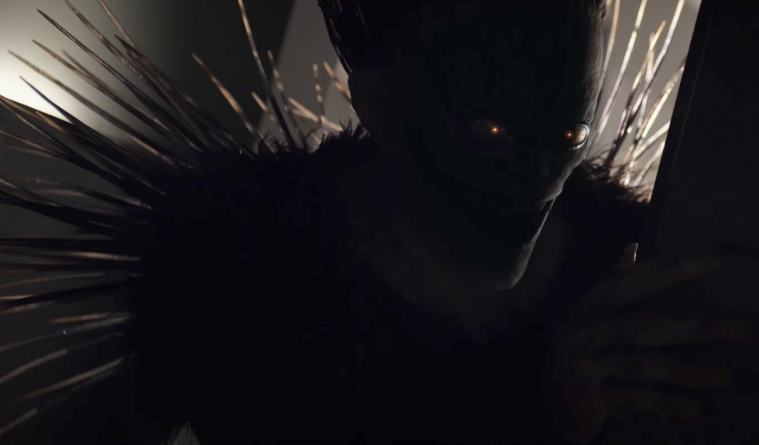 Before he takes a more substantial leap forward in terms of a scale with the 2020-bound Godzilla vs. Kong, Adam Wingard (The Guest, You’re Next) is releasing his next film, the Netflix-distributed, Japanese-manga-to-American-film adaptation Death Note, next month and now a new trailer has landed. For those unfamiliar with Tsugumi Ohba and Takeshi Obata’s source material, the film follows student Light Turner (Nat Wolff) who uncovers a mysterious notebook that — spoiler alert — kills people if their name is written in it.

“It’s one of those things where the harder I tried to stay 100 percent true to the source material, the more it just kind of fell apart…,” Wingard tells IGN. “You’re in a different country, you’re in a different kind of environment, and you’re trying to also summarize a sprawling series into a two-hour-long film. For me, it became about what do these themes mean to modern day America, and how does that affect how we tell the story. Ultimately, the cat and mouse chase between Light and L, the themes of good, evil, and what’s in between the gray area. Those are the core things of Death Note, and that’s really what we went for.”

What if you had the power to decide who lives and who dies? We suggest you obey the rules. Based on the famous Japanese manga written by Tsugumi Ohba and Takeshi Obata, Death Note follows a high school student who comes across a supernatural notebook, realizing it holds within it a great power; if the owner inscribes someone’s name into it while picturing their face, he or she will die. Intoxicated with his new godlike abilities, the young man begins to kill those he deems unworthy of life.

Death Note will arrive on August 25.