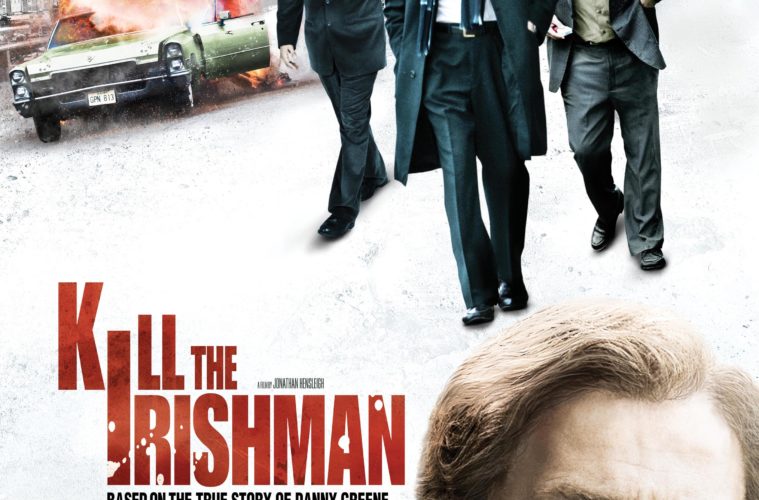 Not even five minutes after I woke up, I got a text from a friend begging me to check out the “awesome” Kill The Irishman trailer that had come out earlier. Having seen the poster over at Cinema Blend the day before, I wasn’t exactly rushing to see what it looked like in action; with that cast and that poster quality, this had the makings of a forgettable straight to DVD movie already. But I’m easily pushed around in the pursuit of acceptance, so I’ve seen the trailer, and now so can you thanks to Yahoo! Movies:

And here’s the plot synopsis (since it’s based on a true story, it may have spoil a bit of the movie so beware:

Over the summer of 1976, thirty-six bombs detonate in the heart of Cleveland while a turf war raged between Irish mobster Danny Greene and the Italian mafia. Turning the tables on loan shark Shondor Birns and allying himself with gangster John Nardi, Greene stops taking orders from the mafia and pursues his own power. Surviving countless assassination attempts from the mob and killing off anyone who went after him in retaliation, Danny Greene’s infamous invincibility and notorious fearlessness eventually led to the collapse of mafia syndicates across the U.S. and also earned him the status of the man the mob couldn’t kill.

I admit it’s cool to see that Walken is getting back into the movie game after pretty much taking it easy these past few years, but this trailer did absolutely nothing to make me want to see it. It looks like a generic schlocky movie, and the cast is absolutely dreadful (Ray Stevenson? Val Kilmer? Vinnie Jones? Ugh. Just…ugh.). It’s supposedly coming to theaters, but I’m thinking in a very limited capacity before being dumped onto the DVD racks and Watch Instantly streams. I could be wrong, but seriously did you just watch that trailer? Do you see something in this movie that I don’t? Seriously, I’d like to know.