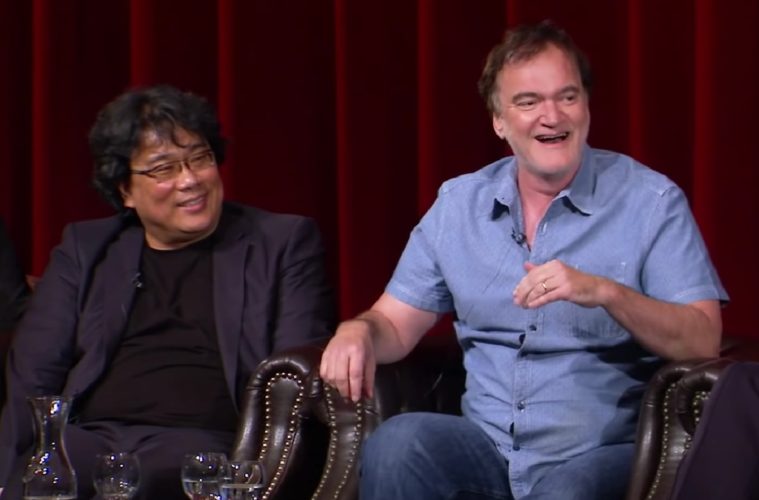 It’s one of the best moments of award season. No, not the Oscars this weekend. Rather, the Directors Guild of America has shared their extensive, 2-hour, 41-minute conversation with this year’s nominees for Outstanding Directorial Achievement in Feature Film Award, featuring Bong Joon Ho (Parasite), Martin Scorsese (The Irishman), Quentin Tarantino (Once Upon a Time in… Hollywood), Taika Waititi (Jojo Rabbit), and winner Sam Mendes (1917).

Moderated by Jeremy Kagan, it’s a shame that Greta Gerwig and the Safdies, among others, were snubbed from nominations and therefore weren’t invited to the conversation but nonetheless, it’s a fascinating talk. While Scorsese had to video chat in from New York City, the rest were there in person (and Waititi in fine comedic form) as they discussed virtually every aspect of the directing process, from their thoughts on video village, how they work with actors, finding their endings, and much, much more. (Also, Bong wanting to take over the Q&A to ask Scorsese and Tarantino questions is simply delightful.)

Ahead of the Oscars this Sunday, watch the full conversation below.

Update: Listen to it in podcast form below or here.