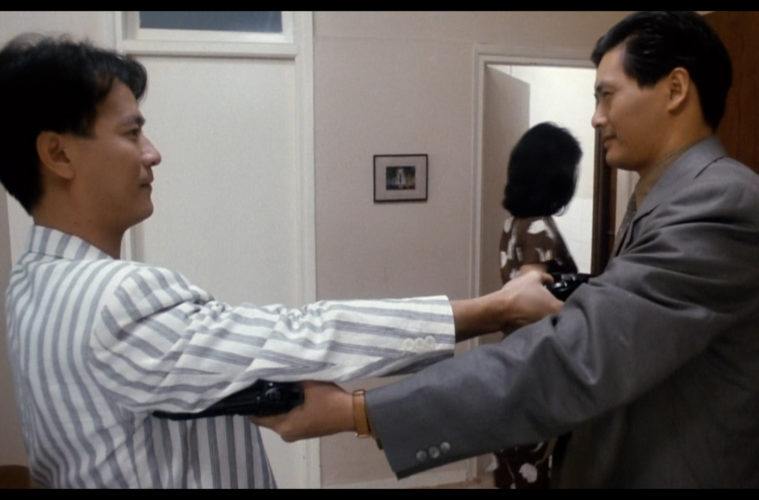 John Woo’s ‘The Killer’ Comes Back To Life Courtesy of Deadline, a press release from Essential Entertainment and Lion Rock Productions has been issued for the long awaited remake of the classic John Woo flick The Killer. The original 1989 flick featured Chow Yun-Fat as an assassin on the hunt for one last assignment in hopes of using his saved earnings to restore sight to a singer he had accidentally blinded in his past.  A favorite among the genre, many have mixed feelings about a remake.  The fact that Woo has decided to produce the flick can hopefully ease some of those fears.  See below for the full release:

Los Angeles, 31 January 2011: Essential Entertainment has joined Lion Rock Productions in its remake of THE KILLER in 3D, currently in pre-production, which will be directed by John H. Lee (A Moment to Remember, Saying Good-bye Oneday) and written by Josh Campbell. Jung Woo-Sung (Reign of Assassins, The Good, The Bad, The Weird) will star in this English language re-telling of John Woo’s iconic action masterpiece, with additional cast to be announced shortly. The film will be produced by Woo (Face/Off, Mission: Impossible II) and Terence Chang under their Lion Rock Productions banner. Essential Entertainment will be handling worldwide sales.

Producer John Woo said: “While all my films are special to me, THE KILLER is truly one of my favorites. We are thrilled to reinvent it as an English-language film and know it’s in capable hands by the incredible visual style and tender emotion John H. Lee brings to all his films.”

John Fremes, President of Worldwide Distribution at Essential Entertainment said: “John Woo’s THE KILLER is one of the most influential and classic action films of all-time. The 3D version will no doubt appeal to fans of the original as well as capture a new generation of enthusiasts.”

Set in present day, an elite Asian assassin risks everything to protect a beautiful singer that he unintentionally blinded, but can only do so with the help of an LAPD detective who is trying to catch him.

THE KILLER in 3D was brought into Essential Entertainment by attorney Howard Frumes from Alexander, Nau, Lawrence, Frumes, & Labowitz, LLP.

Lion Rock Productions has also independently produced, in addition to its numerous studio films, RED CLIFF, the highest grossing film in China at the time of its release, as well as the upcoming martial arts swordplay drama REIGN OF ASSASSINS, released by The Weinstein Company.

I’m not sure if it’s too surprising that this is planned to get the 3D treatment, but time will tell if it will lend well to the story.  Hopefully Woo will keep his strict standards throughout the process of this remake.

Are you excited to see The Killer remade for the screen in 3D?