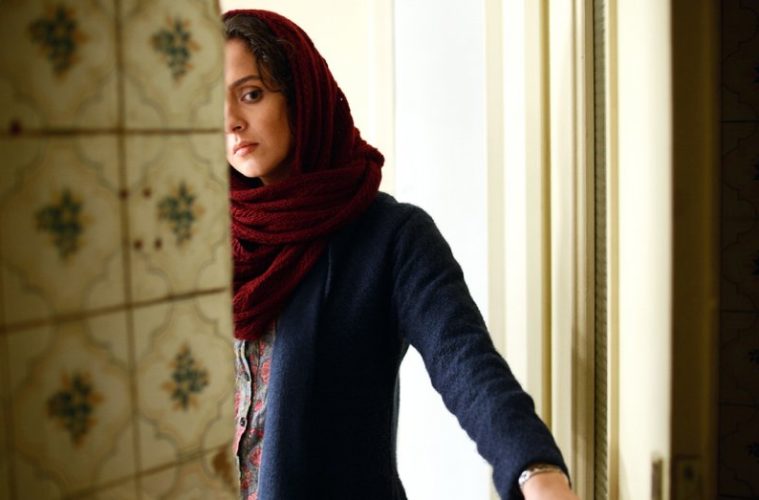 One of the best films of last year, Asghar Farhadi‘s Oscar-winning drama The Salesman, arrives on Blu-ray this week. We’ve teamed with Sony Pictures Home Entertainment to give away five copies to our readers. See how to enter below and all entries must be received by 11:59 PM EST on Monday, May 8th.

What was your favorite foreign film of last year? Comment to enter to win #AsgharFarhadi's #TheSalesman on Blu-ray. See more ways to enter at the link in bio.

THE SALESMAN, this year’s Academy Award® winner for Best Foreign Language Film, makes its eagerly awaited debut on Blu-ray, DVD and Digital May 2, 2017, from Sony Pictures Home Entertainment. Written, directed and produced by Oscar®-nominated filmmaker Asghar Farhadi (Best Original Screenplay, A Separation, 2011), this riveting tale of love, revenge, and forgiveness stars Taraneh Alidoosti (Modest Reception, About Elly) and Shahab Hosseini (A Separation, About Elly) as a young married couple living in Tehran whose lives and relationship are forever altered by an unexpected act of violence. Praised by critics since its debut at the 2016 Cannes Film Festival, where it won Best Actor (Hosseini) and Best Screenplay (Farhadi), THE SALESMAN was named Best Foreign Language Film by the National Board of Review (USA) and was nominated for a Golden Globe® Award for Best Motion Picture – Foreign Language. Fans of bold and thought-provoking world cinema won’t want to miss the movie critics say “leaves the viewer tense and breathless” (Deborah Young, The Hollywood Reporter). The Blu-ray, DVD and digital releases include a featurette that goes behind-the-scenes with Farhadi as he shares his inspiration for the film and details how the suspenseful plot uncovers hidden truths behind human relationships.

The Salesman is now available on Blu-ray/DVD.