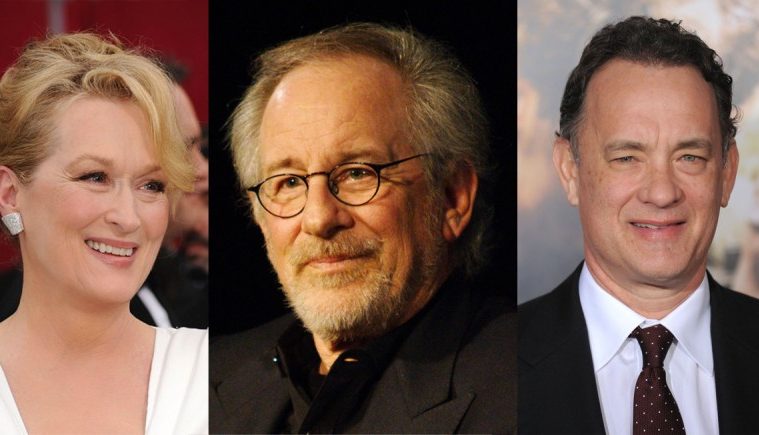 A few months ago we thought the next Steven Spielberg film we’ll see will be his March-bound Ready Player One, but as the director is known to do, while he’s in post-production on his sci-fi tentpole, he’ll also be shooting a new drama. Once going by The Post, his Pentagon Papers film — now titled The Papers — starring Tom Hanks and Meryl Streep has begun production and now the full cast has been unveiled.

The drama will follow the true story of Washington Post editor Ben Bradlee (Hanks) and publisher Kay Graham (Streep) as they go up against the federal government to battle their right to publish the Pentagon Papers. We imagine the financing came together a little easier thanks to the success of Spotlight, but this project has enough pedigree in its own right. Considering Spielberg’s streak, at least when it comes to these more grounded dramas, this is shaping up to be one of our most-anticipated films of the year.