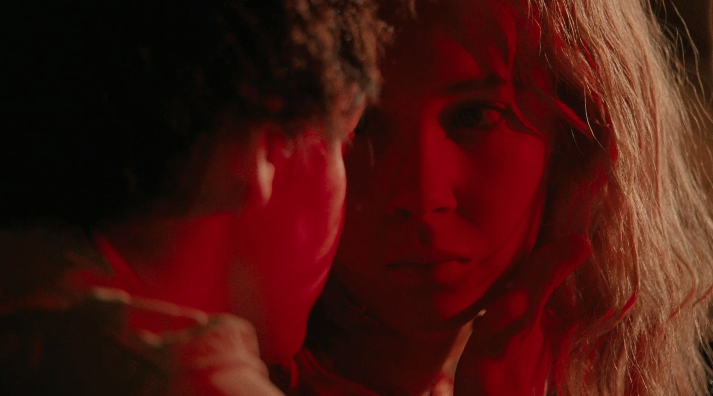 After playing the somewhat needless “Street-smart Gotham Girl” character in The Dark Knight Rises, Juno Temple‘s backlog of indie films is getting unleashed the second half of this year. We’ve got Killer Joe arriving this week, Little Birds later this summer and after premiering at Tribeca Film Festival, the lesbian werewolf movie from Bradley Rust Gray (The Exploding Girl), titled Jack & Diane.

We’ve got the first trailer for the film today, which also features Magic Mike star Riley Keough, pop star Kylie Minogue and Cara Seymour. While reactions were decidedly mixed at the fest, the inclusion of animation sequences from the insanely talented Quay Brothers certainly sways my decision whether to check this out in the favorable side. The tonal shift seen in the trailer is a bit staggering, but hopefully the film handles it better. Check it out below via Apple.

Jack and Diane, two teenage girls, meet in New York City and spend the night kissing ferociously. Diane’s charming innocence quickly begins to open Jack’s tough skinned heart. But when Jack discovers that Diane is moving, she pushes her away. Unable to grasp her new feelings, Diane’s emotions begin to cause unexplainable violent changes to her body. Through these awkward and insecure feelings, the two girls must struggle to turn their first love into an enduring one.