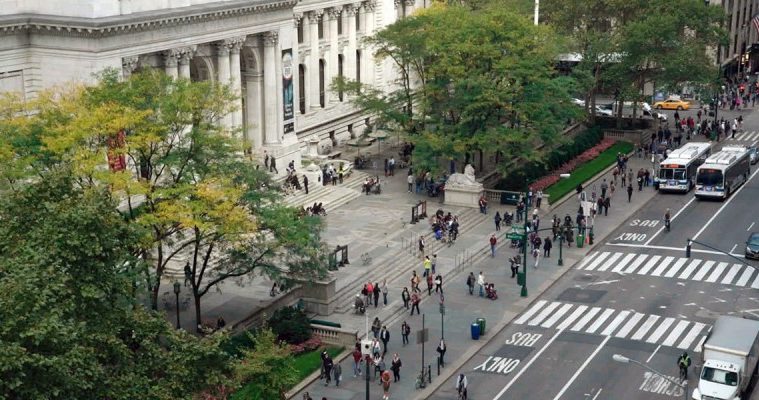 Beating our new films from Steven Spielberg, Alexander Payne, Guillermo del Toro, Rian Johnson, Denis Villeneuve, and more on our fall movie preview, clocking in at our number two most-anticipated of the season is the newest documentary from the legendary Frederick Wiseman. After exploring Queens’ Jackson Heights, London’s National Gallery, and California’s University of Berkeley, he sets his sights on the New York Public Library.

Aptly titled Ex Libris – The New York Public Library, the first trailer has now arrived via Indiewire ahead of a premiere at the Venice Film Festival and a theatrical release in mid-September. Clocking in at 200 minutes, it’ll screen at NYC’s Film Forum as part of their series The Complete Wiseman Part II, a retrospective of the filmmaker’s work from 1986-1996. Check out the trailer below and return for our review.

The legendary filmmaker brings his incisive vision behind the scenes of one of the world’s greatest institutions of learning, capturing the vast programmatic scope of NYC’s library system. The NYPL is blessed with uniformly passionate staff and deeply devoted, appreciative bibliophiles and beneficiaries across its 92 branches. The film reveals a venerable place of welcome, cultural exchange, and intellectual creativity.