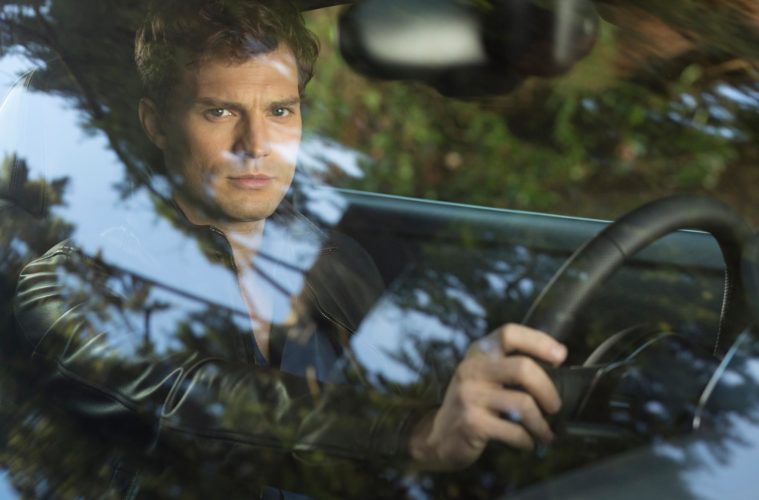 Once set to heat up the summer next month, Fifty Shades of Grey will now be arriving as a Valentine’s Day present next year. While we’d mostly scoff off the adaptation, our curiosity can’t helped but be piqued when the project attracted such attention from Gus Van Sant and Joe Wright. Produced by The Social Network‘s Dana Brunetti and Michael De Luca, the gig eventually went to Sam Taylor-Johnson (Nowhere Boy) and now we have the first look at the results with the debut trailer.

Adapted from E L James‘s chart-topping novels (which you may or may not have secretly read on your Kindle), the story follows the romance between businessman Christian Grey and the collegiate Anastasia Steele. Will the project be just for fans or will it reach a wider demographic? Let us know by checking out the trailer below for the film starring Jamie Dornan, Dakota Johnson, Jennifer Ehle, Luke Grimes, Marcia Gay Harden, Max Martini, Eloise Mumford, Dylan Neal, Rita Ora, Victor Rasuk, and Callum Keith Rennie.