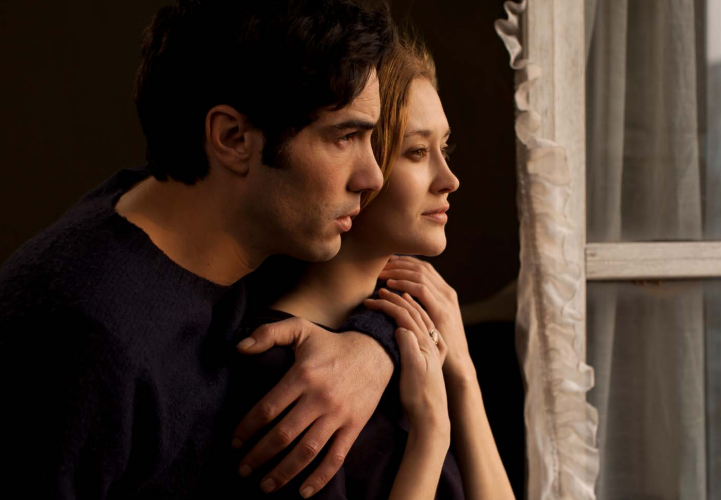 It is just ten days until what is perhaps the most exciting cinematic event of every year comes to bear: an announcement of the Cannes Film Festival lineup. We’ve featured glimpses of some of titles that might make their way to southern France next month, and today we’ve collected first looks at three more, all of which are greatly anticipated. How anticipated? So anticipated, in fact, that just an image warrants a post.

The first, from Wild Bunch, showcases Bertrand Bonello‘s Paris Is Happening — now being referred to as Nocturama in the native tongue — a picture about youths who take it upon themselves to sabotage the city of love with a series of explosions. Yes, even the writer-director is uncomfortable with that level of relevance — especially the writer-director, actually — as he told me back in December. Combine this tension and the fact that his last film was my favorite of 2015, and yours truly couldn’t be more excited.

Then there’s an image from Kiyoshi Kurosawa‘s next picture, The Woman in the Silver Plate, featuring Tahar Rahim and Constance Rousseau; Mathieu Amalric, Olivier Gourmet, and Malik Zidi co-star. Per a press release from Celluloid Dreams, we have the following synopsis:

A former fashion photographer, Stephane works obsessively in an old 19th century photography technique, said to have given eternal after-life to the souls of the people whose image it captured. Jean, a young man desperate for inspiration in his life, becomes Stephane’s assistant. He quickly feels captured himself, by Marie, Stephane’s only daughter and model. But after Marie takes a mysterious fall one evening, the difference between image and reality becomes much harder to decipher.

Finally, Tran Anh Hung (Norwegian Wood, I Come with the Rain) returns with Éternité (guess what that translates to), an adaptation of Alice Ferney‘s novella L’Elegance des veuves. Mélanie Laurent, Bérénice Béjo, Jérémie Renier, Audrey Tautou, and Pierre Deladonchamps not only star, but are seen in the first look; based on the dichotomy between women who raise children and men killed in wars, don’t expect everyone featured therein to come out alive. [Uni France]

Cannes will kick off on May 11.